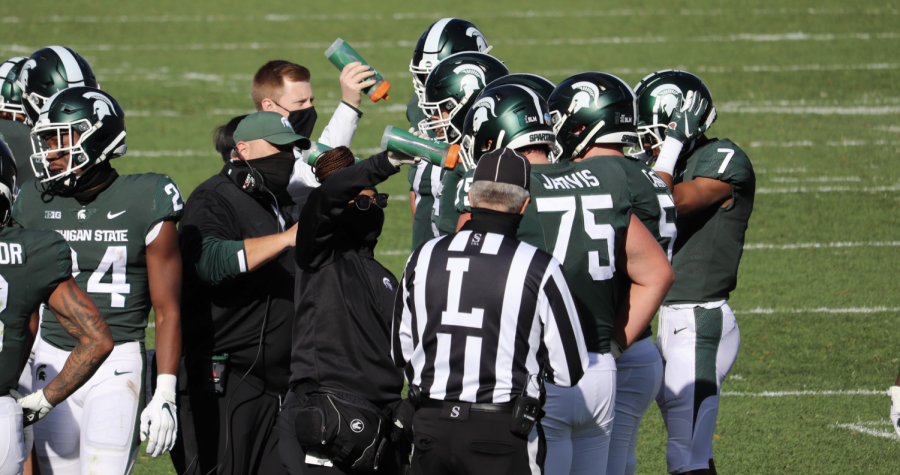 EAST LANSING— On Monday afternoon, former Spartan offensive lineman Damon Kaylor became the latest player since the conclusion of the 2021 spring game to transfer to another university.

Kaylor, a redshirt freshman, transferred to Ball State. He was one of nine players who entered the portal immediately following the 2021 spring game.

Kaylor did not appear in a game during his time at MSU. The Huntington, Indiana, native was rated by 247Sports as a three-star prospect within the 2019 recruiting class. He was rated by the site as the No. 16 overall recruit in Indiana and the No. 93 offensive tackle prospect in the nation and was recruited to East Lansing by former offensive line coach Jim Bollman and tight ends coach Mark Staten.

In addition to being offered by MSU and Ball State out of high school, Kaylor held offers from several notable Power Five and mid-major schools, including Indiana, Cincinnati, Virginia, Vanderbilt and Boston College.

Currently, after Kaylor’s announcement, the Spartans have seven players in the portal, including defensive ends DeAri Todd and Jasiyah Robinson, defensive tackle Chris Mayfield, quarterback Theo Day, wide receiver Javez Alexander, running back Andre Welch and long snapper Bryce Eimer. Both Alexander and Welch have been in the portal for the past four-plus months.