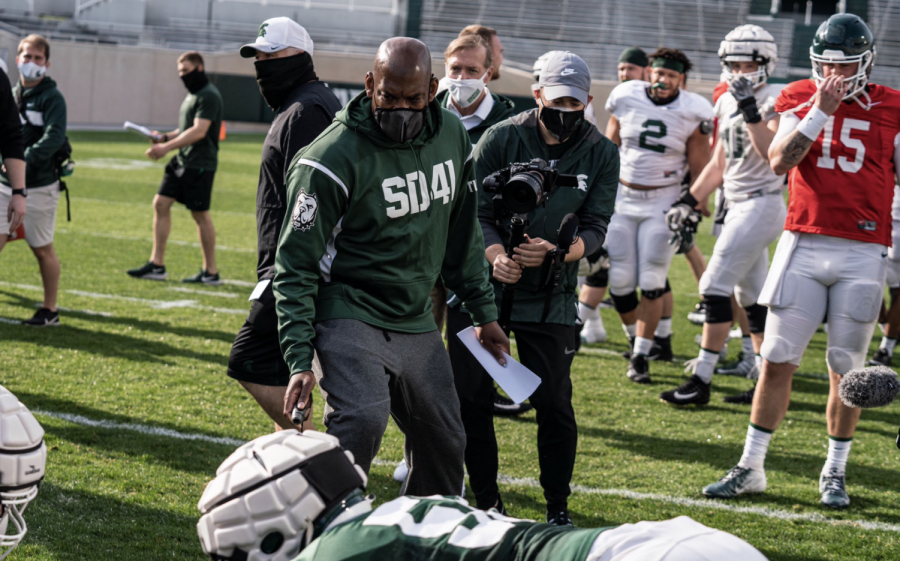 EAST LANSING— The roster turnover is in full swing yet again for head coach Mel Tucker.

Guajardo, Kaylor, Todd, Mayfield, Robinson and Eimer all did not appear in a game during their MSU careers.

Guajardo, a redshirt freshman from Dearborn, was a three-star recruit within the 2020 recruiting class. 247Sports rated him as the No. 22 overall recruit in Michigan and the No. 30 overall tight end prospect in the country.

He initially committed to MSU over other Power Five schools including Indiana, Iowa State, NC State, Kansas State and Minnesota. His departure leaves the Spartans thin at tight end, with Tyler Hunt, Trenton Gillison and Parks Gissinger the three leaders at the position.

Kaylor, a redshirt sophomore from Huntington, Indiana, was a three-star recruit within the 2020 recruiting class. He was rated by 247Sports as the No. 16 recruit in Indiana and the No. 93 offensive tackle prospect in the nation. Kaylor originally chose MSU over Cincinnati, Boston College, Indiana, Virginia, Vanderbilt and others.

With starting tackles AJ Arcuri and Kevin Jarvis returning, as well as the addition of former Arkansas State tackle Jarrett Horst, his starting aspirations were slim to none.

I would like to thank all of the coaches at Michigan State and Coach Dantonio for the opportunity they gave me to attend Michigan State, but after talking with them and my family I feel that it is best for me to enter my name in the transfer portal. pic.twitter.com/wFzr8HT3SW

Todd, a redshirt senior, was initially recruited out of Lorain, Ohio, as a three-star recruit within the 2017 recruiting class. 247Sports rated him as the No. 55 overall prospect on Ohio, and he held offers from Boston College, Air Force and Eastern Kentucky, among others.

Todd struggled to crack out a consistent role with defensive ends Jacub Panasiuk, Drew Beesley, Kenny Willekes, Jack Camper and others receiving the bulk of the available reps over the past several seasons.

Mayfield, a redshirt freshman, was recruited out of Hilliard, Ohio, and was rated by 247Sports as the No. 50 overall recruit in Ohio within the 2020 recruiting class. He held offers from notable schools including Cincinnati, Purdue, Minnesota, Maryland, Louisville, Kentucky, Iowa State and Boston College.

Robinson, a redshirt freshman, was a three-star out of Groveport, Ohio, and held offers from Ball State and Youngstown State. He was rated by 247Sports as the No. 55 overall recruit in Ohio within the 2020 recruiting class.

Eimer, a preferred walk-on, was in line for a potential starting position after former long snapper Jude Pedrozo transferred to Ohio State.  Incoming freshman Hank Pepper, a three-star recruit, will have an early chance to lock down a potential starting role. Pepper was rated by 247Sports as the No. 1 long snapping prospect in the nation.