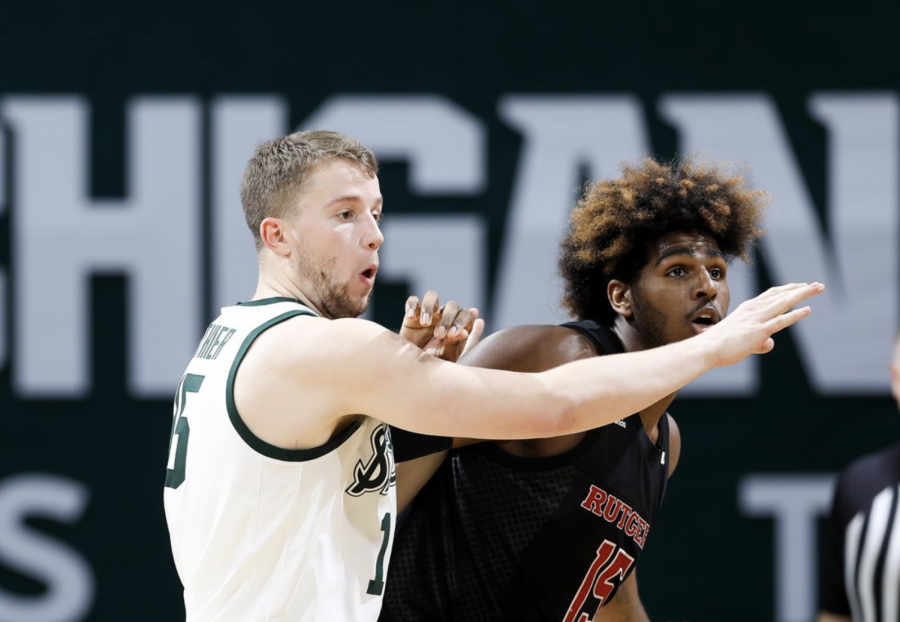 EAST LANSING– On Sunday, former MSU forward Thomas Kithier announced that he will be continuing his collegiate basketball career at Valparaiso. He originally entered the transfer portal on April 13.

Kithier is the second former Spartan to transfer to another school, after guard Jack Hoiberg left for UT-Arlington. Guard Rocket Watts is also still in the transfer portal; with all three players exploring other options, the Spartans should have another scholarship available to add another transfer.

The Crusaders finished seventh in the Missouri Valley Conference last season, accumulating an overall record of 10-18 while finishing with a record of 7-11 in conference play.

Kithier will look to add value to the Crusaders’ roster at the forward position. Through three seasons at Michigan State, Kithier averaged 2.3 points per game, 2.3 rebounds per game and 0.5 assists per game, all while shooting 69.2% from the field.  He also appeared in 86 career games, including 19 starts. In the 2020-21 season, he averaged 2.4 points and 2.5 rebounds a game in 11 minutes of game action.

Kithier finished his bachelor’s degree in three years at MSU and will have two years of eligibility remaining.