Give Country a Chance 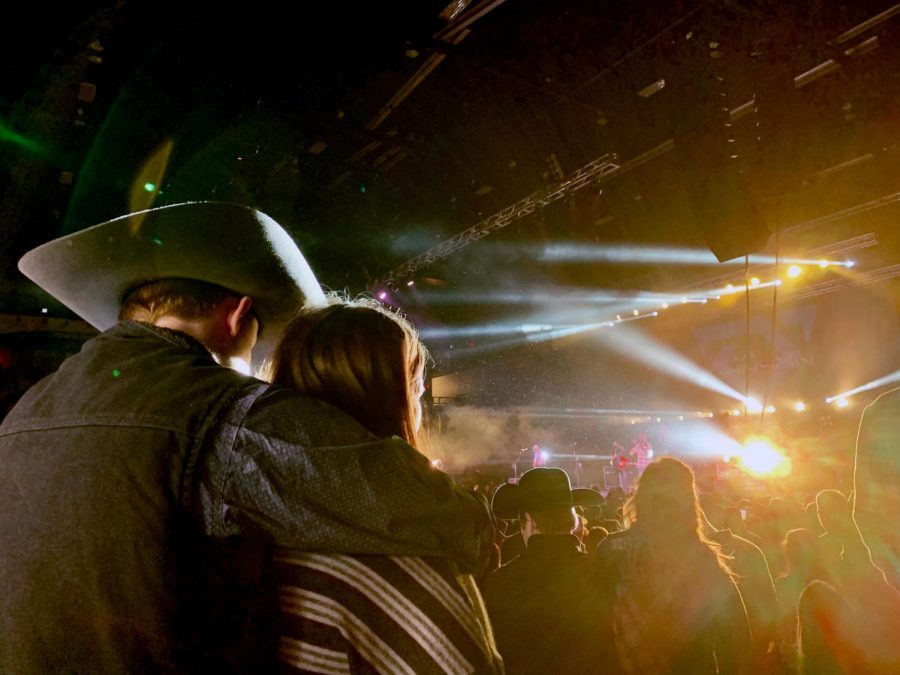 As I have increasingly mingled more with self-proclaimed “music fans,” I have heard the same statement over and over again: “I love all kinds of music—well, except country.” To be quite frank, I think that statement is pretty bananas. How can you claim to be a lover of all music but exclude a whole genre?

I will be the first to admit country is not my favorite genre, especially when it comes to the “Bro Country” that has been released in the past decade, but I think it is an injustice to label the whole genre as “bad.”  Sure, the country music scene is full of Florida Georgia Lines, singing shallow tunes about trucks, beer and girls. But at the same time, there are so many artists singing heartfelt ballads about social inequities, class struggles and more.

To really understand the genre, you need to start at the beginning. This genre found its beginnings within the working class in the southern United States during the early 20th century. More specifically, its origins can be traced back to the region known as Appalachia. During this time, soul, irish/celtic, blues and other genres blended together to create something that had never been heard before. This new genre was full of twangy guitars, banjos, fiddles and harmonicas. Most of these instruments were even homemade, which provided an incredibly unique sound.

This genre represented the working class. It exposed the struggles of the everyday American and called attention to issues that were not represented in most other forms of media.

A great example of this form of protest music is in the work of Johnny Cash, who was not afraid to bring attention to injustice. His 1964 album Bitter Tears: Johnny Cash Sings Ballads of the American Indian, brings attention to the atrocities committed against the Native American population by the American government and media. Cash is also known for his advocacy for prison reform, and his firsthand accounts of the atrocities of war.

Shortly after Johnny Cash came Dolly Parton. Parton’s songs are less political than the discography of Johnny Cash, but they are important representations of the working class—especially working class women. Ms. Parton sang about what she knew, like the struggles of gender inequality in tunes like “Just Because I’m a Woman,” and her life in the mountains in pieces like “The Good Old Days (When Times Were Bad).

Fast forward a number of years and we come to our next artist, Garth Brooks, who is sometimes referred to as “The King of Country.” Brooks is the only artist in music history to have 9 albums achieve diamond status (which is 3 more diamond albums than The Beatles), is the best-selling solo artist in the history of the United States and is the youngest artist to receive the Gershwin Prize for Popular Song from the Library of Congress. There is a reason he had so much success; Garth Brooks blended the sounds of rock and country to create a sound that appealed to mass audiences and brought country music into the mainstream. Every song Garth Brooks put out was a story, and audiences couldn’t help but listen because these stories spoke to their personal experiences. In his music, Brooks also called attention to many different issues such as homophobia, racism and class struggles. He constantly showed his passion for unity. The particular song that encompasses his views is the 1992 single “We Shall Be Free”. This was relatively revolutionary for music in the early nineties, as very few artists of his caliber acknowledged homophobia in their music.

The Chicks (formerly known as The Dixie Chicks) were also very prominent at this time. They embody that 80s and 90s country sound with the occasional rock twist. The Chicks have an extensive list of feminist leaning tracks, my favorite of which is the track “Goodbye Earl,” which tells the story of an abused woman and her best friend plotting to kill the woman’s abuser. Obviously I do not condone murder, but it does send a rather strong message against domestic violence.

Another interesting thing about The Chicks is that in 2003, they were actually blacklisted from thousands of stations after being vocal against the invasion of Iraq and criticizing President George Bush at a live performance. I was just under a year old when this happened, so I actually asked my dad to give me insight on what exactly went down. He told me it was one of the craziest things that has happened in the music scene in his lifetime, because it was the first time he had ever seen this sort of mass backlash towards an artist.

Later on, some of my favorite female country artists take the stage. Miranda Lambert released her major-label debut album in 2005, when I was about 3 years old. She was a pretty prominent artist that I grew up listening to—and I am glad I did. Lambert provides a strong voice to women everywhere with tunes about overcoming domestic violence like “Gunpowder and Lead,” or rejecting familial pressure like “Mama’s Broken Heart.”

Carrie Underwood was also an important artist of my early life. Rocketed into fame after she won American Idol in 2005, she has been named as “the female vocalist of her generation of any genre” by Rolling Stone and was one of Time’s 100 most influential people in 2014. One of my favorite things about Underwood is her vivid storytelling in tracks like “Blown Away,” “Before He Cheats” and “Love Wins.”  Lambert and Underwood joined forces in the duet “Somethin’ Bad,” which features a music video that I watched just about every Saturday morning as a kid on Country Music Television.

Some other country favorites of my childhood are Eric Church and Kacey Musgraves. Church definitely began as more of a “Bro Country” singer, but he continuously develops as an artist. I truly enjoy his twangy rock and roll style that has become more refined over the past decade. One of his more notable recent releases is “Stick That In Your Country Song,” a powerful ballad about the issues that so many Americans face like police brutality, gun violence and the underfunding of schools. Church brings attention to the subjects that the modern  “Bro Country” artists tend to ignore. Eric Church brings country back to its roots—back to representing the American working class.

Kacey Musgraves also illustrates what it is like to be an average American citizen, especially in her debut album Same Trailer Different Park. She sings about the endless cycles that occur in small town USA in “Merry Go Round.” My personal favorite track by Musgraves is “Follow Your Arrow,” a tune about the many double standards women face in our culture. The main reason I love this song is how it uplifts individuals without putting others down. So many songs about topics such as sexuality, body positivity and religion often demean   certain groups in order to promote another. Musgraves completely avoids this and creates a pretty meaningful song.

Now, it is important to acknowledge that this genre’s big artists are not all that diverse, but like in many other industries this is slowly changing. As artists like Willie Jones, Kat & Alex,  Yola and Breland begin to enter the scene, country music begins to become more representative of the many different demographics within our nation.

Country music is often used as a platform to highlight disparities that many Americans face, however it would be dishonest to say that all country music is like that. A ton of country music is about beer, cornfields, trucks and cutoff jeans, but that is not necessarily a problem. The topics of these songs should still not discredit the genre as a whole, because to many people in rural areas, this is the music that represents their experiences. Most other genres have equivalent phenomena. There are countless pop songs about drugs and parties, pop punk songs about wanting to leave suburban towns, and rap songs about women and fancy cars. All of these genres both have shallow and superficial aspects, but they are all valid in their own way.

Now, to those of you who have been guilty of repeating the line “I like all kinds of music, besides country of course,” I pose a certain question. Do you dislike country music, or did you just not understand it? Do you have a hatred for acoustic guitar and fiddles and songs that can tell a story, or were you turned away by its negative reputation? Now, it is not a crime to dislike country music, but to be considered a “music lover” I feel like you need to give it a chance. Country is a vast genre that is ready to be explored.