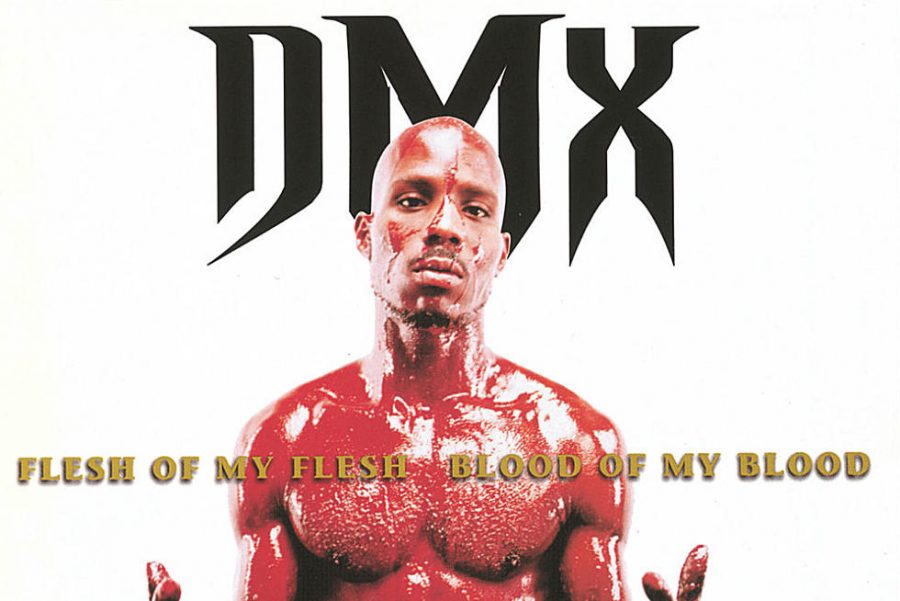 This past week, the hip hop community lost yet another powerful soul—the rapper, DMX.

DMX (Earl Simmons) played an integral role in altering the sound of hip hop in the late 90s and early 00s. Simmons grew up in a volatile household, never truly having a stable childhood, which led him to act out and develop a habit of robbing others at school. He defends his actions as an attempt to free himself from poverty. Eventually, he would develop an interest in hip hop along with his friends, even performing for children at a local recreation center. After being in and out of prison, Simmons began selling mixtapes around NYC, which allowed him to build a strong local following.

As in the fashion of modern day rappers, Simmons’ would release his first two records only 7 months apart to critical and commercial success. It’s Dark and Hell Is Hot, released in 1998, would be the zenith of his career in terms of lyricism and his commanding cadence in front of the mic. This album would go on to debut atop the Billboard 200 chart, and has since sold over five million copies. Following the success of his freshman effort, Flesh of My Flesh, Blood of My Blood, would further his position as a force in the hip hop game.

His third album, …And Then There Was X, would arrive only a year after his first two projects, being released in 1999. Although the album would continue the immense success of its predecessors commercially, the album is often noted as a decline in the quality of his work amongst fans, due to its more generic sounding production. Nonetheless, this album holds one of his most well-known tracks, “Party Up (Up In Here).”

This track is synonymous with early 2000s party music. I would argue that almost all music listeners have heard this song at least once in their life, because of its catchy hook:

Y’all gon’ make me go all out/

“Party Up (Up In Here)” is sonically a feel-good type of track, however the lyrics of the verses still contain the signature aggressiveness (in both meaning and delivery) that Simmons is known for. Simmons’ comments on the track being a club song that people can dance to or beat someone up to. Overall, it’s definitely not his best song (not even close), however, given the tragic news of his passing, I decided to highlight a more light-hearted track that many of us may have positive memories attached to.

Arguably one of his best tracks, “Slippin’” exudes a much different mood. The lyrics discuss topics of self-motivation and the realization of needing change in order to grow. The production of this is subdued, with a simple kick drum with some background harmonies. The emphasis on this track is most definitely the lyrics, and this is furthered with the accompanying music video, which depicts Simmons at various points throughout his life with several scenes taking place in a hospital, which are rather morbid given the circumstances of his death. “Slippin’” showcases Simmons ability to be vulnerable and transparent with his audience about his upbringing and traumatic experiences, which gives way to a meaningful record.

As with all legends, Simmons’ impact remains potent even though he is no longer physically on this Earth. DMX’s rise to success and his personal struggles are inspirations for others going through similar hardships. Simmons always understood this impact and was heavily involved in the creation of his work.

He states in an interview with GQ:

“I got a huge weight on my shoulders, you know what I’m sayin’? I’m responsible for my music, and each album has to do many things, many things. I take that into consideration when I’m recording ‘em. I don’t take that responsibility lightly… However you want to feel, there should be a song that helps you feel that way.”

DMX paved his own path, through gruesome diligence and passion. His story is a beacon for those who otherwise feel alone and often go unheard. He will be remembered as a person who understood the beauty of imperfection, the power in owning those imperfections and even turning them into fuel for growth and success.