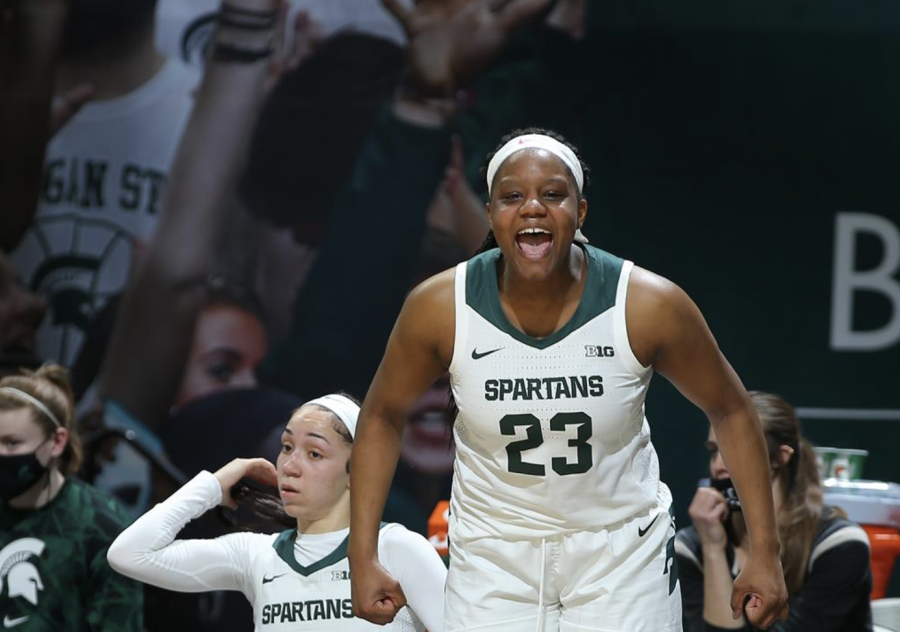 EAST LANSING — The Michigan State Spartans have lost their second player to the transfer portal as Janai Crooms is leaving the Spartans after one season in East Lansing. The junior guard spent her first two seasons in Ohio State after joining the Buckeyes as a top-70 recruit in the class of 2018.

Crooms played in 22 games for MSU after receiving her immediate eligibility waiver from the NCAA in early December. She made 12 starts and averaged 5.1 points, 3.2 rebounds and 3.0 assists per game for the Spartans as the primary ball handler.

One of the biggest ways that Crooms impacted the team was with her energy on and off the court, always keeping the team engaged and locked in.

The Spartans return most of their rotation, but have lost two key players to transfer over the last two weeks as Crooms joins freshman Kendall Bostic in the transfer portal.

Nia Clouden and Alyza Winston also return to lead the Spartans at the guard positions, which may have contributed to Crooms’ decision.