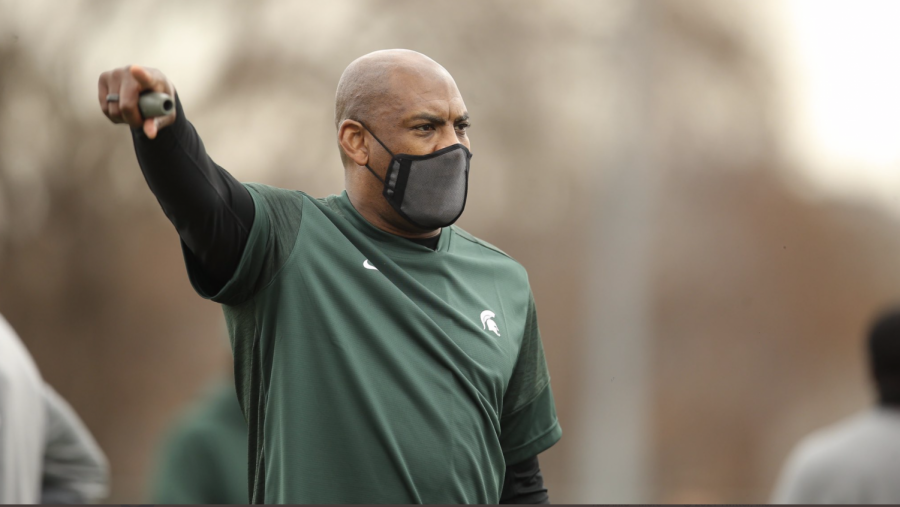 On Saturday, former Louisville wide receiver Christian Fitzpatrick announced that he would be transferring to MSU. Fitzpatrick, a Southfield native, played in one game for the Cardinals in 2020.

Fitzpatrick initially entered the transfer portal on March 30 after struggling with injuries as a freshman.  In addition to being a three-star out of Southfield A&T, 247Sports ranked Fitzpatrick as the No. 23 recruit in Michigan and the No. 117 overall wide receiver recruit within the class of 2020.

The arrival of Fitzpatrick, who is 6-foot-4 and 215 pounds, gives the Spartans a taller outside threat with the probable departure of Tre’Von Morgan, who is still in the transfer portal.  Although Jalen Nailor and Jayden Reed are both returning for MSU, Fitzpatrick’s height will allow him to be a much-needed jump ball and red zone threat for the Spartan offense.

He is also the 14th overall transfer that Tucker has gotten from the portal since the end of the 2020 season. Currently, Morgan, safety Dominique Long, wide receiver Javez Alexander and running back Andre Welch are currently still in the portal.