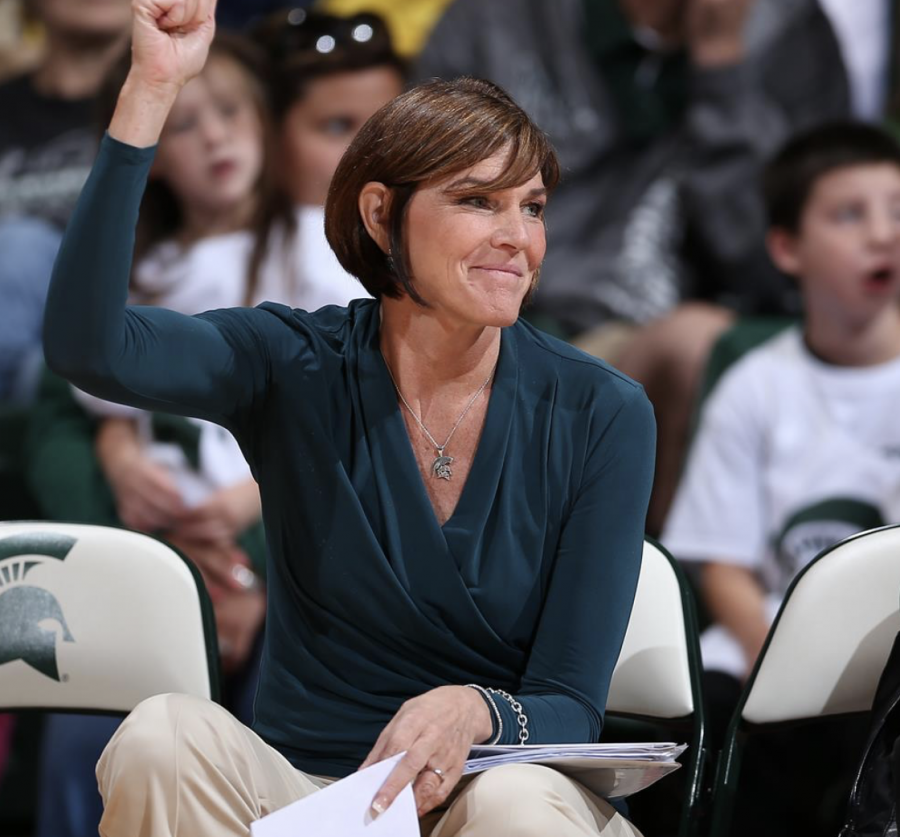 EAST LANSING — After last weekend’s pair of losses to Penn State, Michigan State volleyball travels to Iowa for its final road series of the season. The Spartans (2-9) and the Hawkeyes (3-13) find themselves at the bottom of the conference standings, each riding losing streaks of at least four matches into this weekend.

To learn more about the Hawkeyes, I talked to Will Fineman, the volleyball beat reporter at The Daily Iowan, on Thursday. Here’s what he had to say:

ID: “What would you say are the biggest strengths and weaknesses of this Iowa team?”

WF: “They’re really young. All three of their seniors opted out before the season started, so that really hurt them. Their blocking has been up and down, and recently their backcourt play has struggled a bit with getting digs.

ID: “Who are some players the Spartans should watch out for on offense and defense?”

WF: “On offense, they have to watch out for Courtney Buzzerio. She’s their best player without a doubt. She’ll be on the court the whole game, and she’ll play outside hitter when she’s in the front and setter when she’s in the back. They like to use two setters with her and Bailey Ortega. If the game’s tight and it’s crucial, they’re going to give the ball to Courtney Buzzerio every time.

ID: “That was something I noticed looking at some of Iowa’s stats from this season – that Buzzerio would sometimes lead in kills and assists.”

WF: “Yeah. Ortega is a freshman, so they like to swap [Buzzerio] in and out so she doesn’t have as much responsibility and let her work into the offense. Ortega’s the main setter, but Buzzerio is also a setter for them.

Iowa ran the 5-1 last year when they had Brie Orr, who was a three-year starter [at setter], but then she opted out for this season. So they opted to go with the 6-2 because Buzzerio played setter last year when Orr was out with a concussion, so she’s played there before, and she knows the offense. Plus, Coach Brown has talked about how she likes to split responsibilities. There’s five players who have similar kill numbers because she likes to spread out the offense as much as possible.”

ID: “Both of these teams are sitting near the bottom of the conference statistics and rankings this season, although Michigan State has had more recent success. What were expectations going into the season for Iowa, and how has their season stacked up to that?”

WF: “Once the seniors opted out, they lost their three-year setter, their kill leader [Griere Hughes] and Halle Johnson, their libero who was second in the Big Ten in digs last year. So I don’t think that Iowa’s expectations for the season were all that high, just because of how young they are because most of their starting lineup are sophomores or freshmen. But obviously, they don’t want to be 3-13.”

ID: “How has COVID-19 affected Iowa this year? I saw that only a couple of their games had been cancelled, so I’m curious whether it’s affected their momentum at all.”

WF: “Iowa hasn’t had any positive cases since the season started. The only postponements were against Wisconsin, who is the No. 1 team in the country, so it’s not like that was a big matchup where Iowa was hoping to get a win. It might have hurt them in the Maryland series, because they really struggled that week after the COVID postponement. But I think Iowa volleyball has been really lucky with COVID, both by not getting it and not facing programs that were dealing with it.”