FINAL: Michigan State eliminated in first round of NCAA Tournament against Iowa State, 79-75 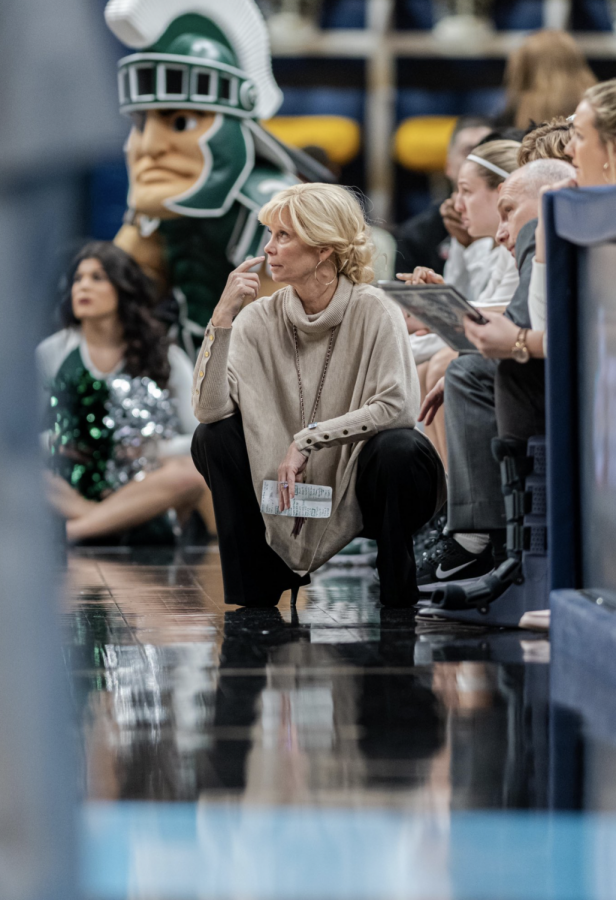 EAST LANSING — A hard-fought performance from the 10th-seeded Michigan State women’s basketball team was not enough to complete its comeback efforts, as seven-seed Iowa State advanced to the second round of the NCAA Tournament with a 79-75 victory.

The Spartans certainly showed that they weren’t ready to head home early, but fouls, turnovers and Cyclone shooting made the difference in MSU’s final game of its season.

The first quarter was heavily dominated by Iowa State scoring until sophomore forward Taiyier Parks converted an and-1 to give MSU its first lead at 14-12. Shortly after, the Cyclones would go on a 10-0 run to widen the deficit.

Just as it seemed the game would get out of reach for the Spartans, sophomore guard Alyza Winston hit a triple to beat the buzzer, cutting Iowa State’s lead to just six points. The Cyclone lead at the end of the quarter was much attributed to their shooting from beyond the arc, going 5-of-6 for the quarter.

MSU forced a close game in the second quarter after junior guard Janai Crooms was fouled on a made layup, followed by a made free throw to bring the Spartans within a point. Crooms finished with eight points and four assists.

Iowa State would go on to pull away at the end of the half, leading MSU 45-39 at the half.

The Spartans came out with aggression in the third quarter, but the Cyclones prevented a potential MSU scoring run when they went up by eight points.

Big buckets from Winston and sophomore guard Moira Joiner brought the Spartans back to within four points, but Iowa State’s relentless mentality allowed it to gain the eight-point lead back after four-straight MSU turnovers. MSU would shoot itself in the foot when the team missed four-straight free throws to halt another comeback attempt.

Early in the final quarter, junior guard Nia Clouden made two free throws after getting fouled on a shot attempt, bringing her team to within three points. Clouden scored 16 points and grabbed six rebounds in the matchup.

Just over a minute later, Joiner knocked down a clutch 3-pointer to tie the game at 63.

Winston, who had been one of the Spartans’ most proficient scorers throughout the contest, missed multiple shots down the stretch that could have put the team in a tighter battle sooner.

The Spartans stayed persistent as sophomore guard Julia Ayrault made a crucial 3-pointer to trim the Cyclone lead to two points with 1:44 to go. Ayrault ended up with seven points and four rebounds.

With under half a minute remaining, Winston got a layup to go down and brought MSU within just a point at 76-75. Her point total for the game was 11.

The Spartans committed a necessary intentional foul that resulted in two made free throws for Iowa State. Winston’s potential game-tying 3-pointer from the top of the arc did not find the bottom of the net, and the Cyclones would cap off their victory with one final made free throw. MSU’s season had ended.

Iowa State will advance to the second round to face two-seeded Texas A&M.