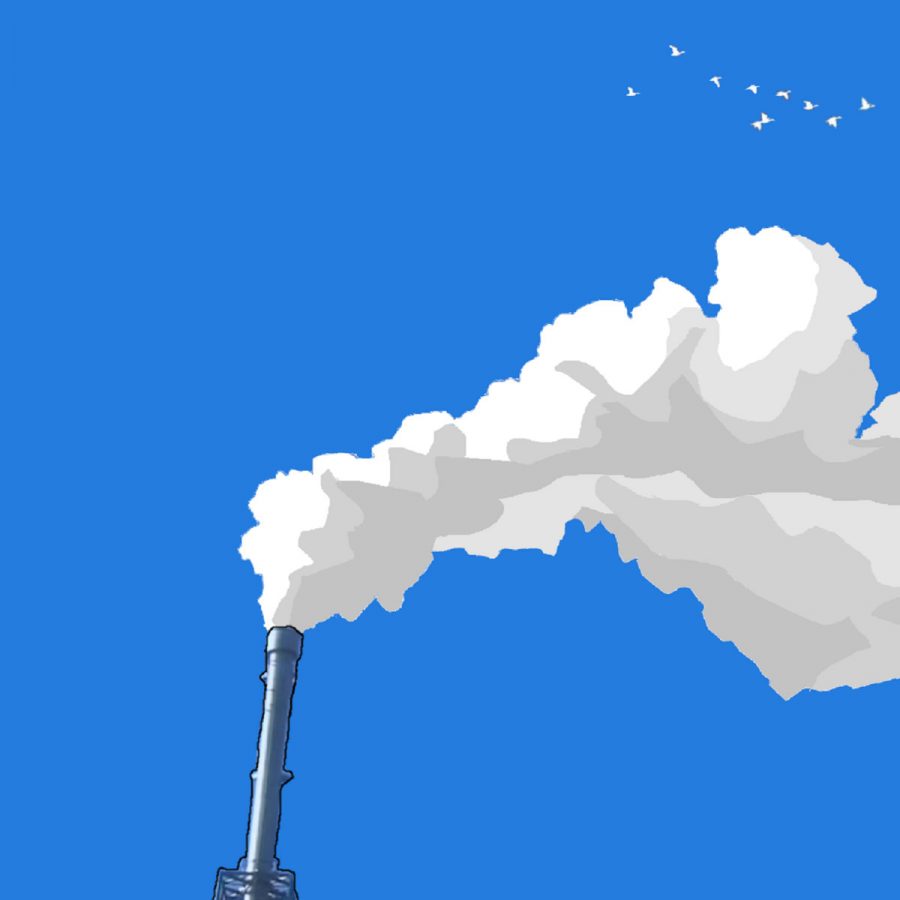 As a faux 20-something tastemaker, my daily routine often includes the hunt for new and exciting music. After all, when you write for a college radio station, isn’t it your duty to give a platform for undiscovered music?

In pursuit of that ideal, I constantly find myself skimming the RateYourMusic website to discover the newest unknown tunes treading on the cutting edge. Many times I don’t find anything, but when I find something special, my eyes become filled with childlike wonder.

Among the “Top of 2021” list, I saw a lone, slanted smokestack—an album cover with this unplaceable yet ephemeral art style. This album, entitled To See the Next Part of the Dream, was by Parannoul, the music project of an anonymous student from Seoul. I clicked on this strangely familiar album art and saw the genre tags of “Shoegaze” and “Emo”—an odd combination that had shown its potential for greatness on albums like American Football’s American Football [LP3] and Dating’s Outminded; I knew immediately that this was something I had to check out.  “Check out” does not nearly sum the attention that should be given to music of this caliber, especially of their song “아름다운 세상 (Beautiful World).”

Against the afternoon drizzle of train cars, announcements and downpour, this somber day becomes overcast by a sudden punch of the drums.

The dense squall of bass fills the room like a fog. The distant and descending piano dejectedly stumbles over itself in the background. It gets back up in a triumphant yet naïve rejection of its failures, only to fall to the floor ad infinitum.

Mist-shrouded vocals hang above the instrumental like a blanketed smog. The summation of its parts inexplicably creates a whole greater than its pieces, passionately constructing a wall of sound to rival even My Bloody Valentine or Slowdive.

This drowning precipitation of sound instantly liquifies the air through the distant wail of a guitar. This repetitious twang is too distorted to be recognized; an inclusion, that would otherwise shatter into a granular mass, becomes suspended by the tension of the texturally antithetic soundscape.

The apathetic bridge slowly gains energy—a swirling maelstrom of self-deprecation slowly becomes a gargantuan vortex. What was once constrained is beginning to become released.

Hikikomori vocals that are restrained by the atmosphere above suddenly burst through their dwelling door. In an exhaustive fury of fear and freedom, they descend into the prismatic sculpture of hypnotic chords and the ensuing drum break.

The imprisoned moans of the sound mass transcend their chains, flying towards the sky in a desperate escape. A cathartic crescendo shimmers above, as the glimmering stardust of the vocals disintegrate against the ceiling.

A pursuant whirlwind carries the cascading dust like airborne shards of glass, only to fall to the ground below as this trembling mass vanishes into the ether.

This raining glitter—razor sharp—evaporates with the strum of a guitar, never to be seen again.

It is rare that I find a particular take on shoegaze refreshing in execution. In a genre that can be plagued with colorless facsimiles of one derivative act after another, I’m happy to report that Parannoul’s “아름다운 세상 (Beautiful World)” proves that shoegaze still has the potential to be vibrant, kaleidoscopic, mesmerizing and actualized.