Pride: The latest round of stimulus checks serve more than just one purpose 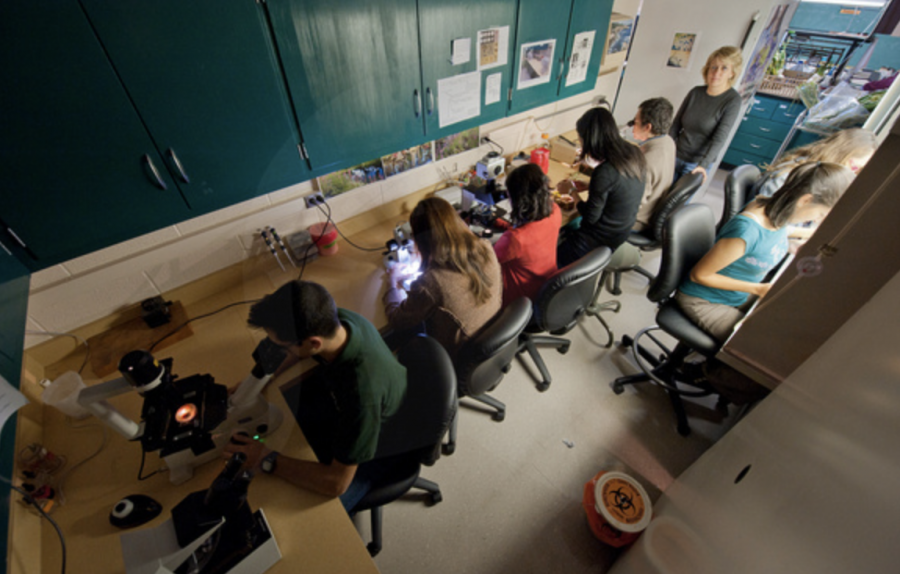 A group of MSU students study together in a lab/ Photo Credit: MSU Athletic Communications

St. Patrick Day is often associated with drinking, having pots of “gold” and green shamrocks. As a result of the new, and expensive American Rescue Plan, some bank accounts will see their own little pot of gold starting tomorrow with the latest stimulus checks scheduled to hit many accounts in the morning.  Many people have been waiting for this to help with the economic hardships caused by the COVID-19 pandemic.

To put it bluntly, the latest round of stimulus checks could not have come at a better time. With Christmas and other winter holidays long gone and more people trying to engage with different sectors of the economy, this latest stimulus check is a blessing for people who need some semblance of much-needed financial security.

As a college student at a major university myself, it goes without saying that the stimulus checks are a lifesaver for some students but not nearly enough for others. As someone who has student loan debt, I would reckon that most people can agree that more assistance in the future is needed than just a one-time $1,400 payment. With that being said, $1,400 is a lot more cash than the $600 that many Americans saw with President Trump’s last stimulus plan in December.

The fact that adult dependents were finally eligible for financial relief in the form of cash payments and rent relief after being ignored in the first two bills should help just about every college student immensely with paying food, rent, bills and other essential items. Regardless, in the future, there should, and must be an extra mile of insurance, such as widespread student loan forgiveness, to help students pay off their many bills.

After all, even though adult dependents did “receive” the $1,400, that extra share goes to the person who claims the dependent on their taxes, not the dependent themselves. It would have been preferable to have the checks go to the dependents instead of going into another’s pocket.

For families with children, this stimulus check will be a much-needed blessing. The fact that a single mother of two children can receive $4,200 of relief ($1,400 per dependent) is superb, as is the expansion of the Child Tax Credit, which offers a fully refundable $3,600 credit to eligible parents of children under six and $3,000 for eligible parents of children who are between the ages of six and 17.

Regarding local businesses, I firmly believe that these rounds of stimulus checks will most definitely help patrons start spending money again as COVID-19 restrictions are lifted in many states. This, combined with the $28 billion dollars that was issued for restaurant assistance, will greatly assist with getting some semblance of normalcy back and spring boarding local local economies.

Also, with warmer weather and spring moving in, people are going to be more inclined to eat outside or eat out more than they were in the winter.

Overall, we should expect the stimulus checks to have a similar impact on the economy as the first COVID-19 relief bill did. With the national economy starting to integrate more sectors and the nationwide mass-vaccination program at full speed, the light at the end of the tunnel is getting brighter and brighter.

This stimulus check should not only lessen the burden of economic pitfalls, but also will inject a major morale boost into the fabric of the American conscience.