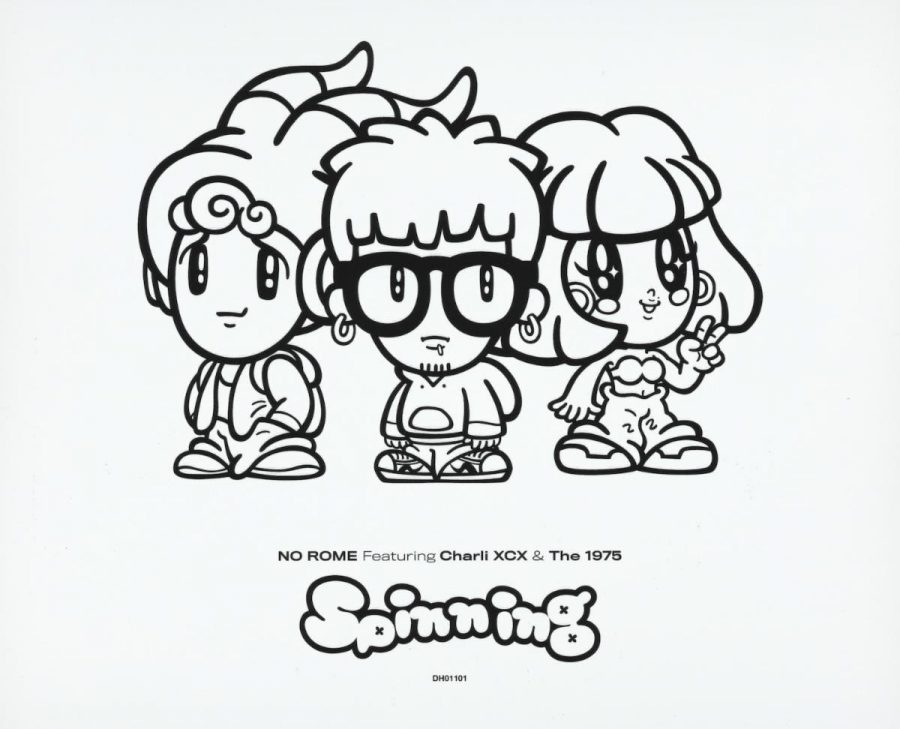 After teasing a collaboration for about a month, the supergroup of Charli XCX, Manchester legends The 1975 and Dirty Hit-signee No Rome have come together on “Spinning.” At under 3 minutes, it’s a trip to Bop City, Population 4. Everything about this song is irresistibly cute—from Charli’s peppy auto-tuned vocals, to the glitzy piano chords, to the chibi cover art courtesy of artist Hideyuki Tanaka.

Surprisingly, The 1975’s Matthew Healy doesn’t have his own segment like on his previous duet with No Rome, “Narcissist.” Instead, his band opts to bring some of their most reliable sounds; this is the kind of bouncy, house-inspired pop song that The 1975 have mastered previously on tracks like “The Sound” and “TOOTIMETOOTIMETOOTIME.” Even so, there’s a lot of interesting little flourishes that give this song its own vibe, from the chopped vocal snippets to the shimmering synths courtesy of drummer and producer George Daniel.

Admittedly, the last chorus is a bit claustrophobic, with several auto-tuned voices crashing together at once. In spite of that, the chemistry between these artists is honestly what sells this song more than anything. No Rome doesn’t fully emerge until the third verse, but by then he’s already contributed enough in the background that his presence doesn’t feel lost. It’s impressive that all three artists can come together and make a song where none of them feel crowded out. This song likely won’t be a landmark for any of them, but it’s good to get something this fun at such low stakes.