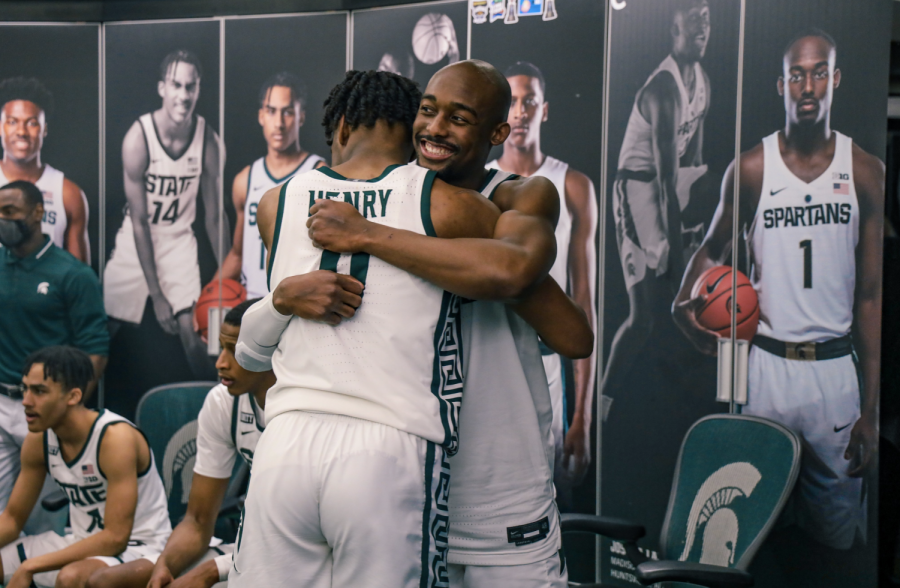 EAST LANSING — Just one day after being named Big Ten Player of the Week for the week of March 1-7, Michigan State’s Aaron Henry was given third-team All-Big Ten honors.

The junior forward was voted to the third team by both media and coaches. Henry also received the accolade of being selected to the Big Ten All-Defensive team, voted on by coaches.

Although Henry was the only Spartan to be selected to a conference postseason team, guard Joshua Langford received a Big Ten Sportsmanship award.

On the season, Henry averaged 15.5 points, 5.5 rebounds, 3.5 assists, 1.3 blocks and 1.3 steals per game. He was Mr. Everything for the Spartans this year, as he led them in just about every statistical category.

Michigan State opens up conference tournament play on Thursday as the No. 9-seeded Spartans take on No. 8 Maryland at 11:30 a.m.

Below are the full conference team selections for both the coaches and media. For the first time since 1997, there were no Spartans on the All-Big Ten First or Second teams. Luka Garza took home his second straight Big Ten Player of the Year Award while Juwan Howard was named Big Ten Coach of the Year.