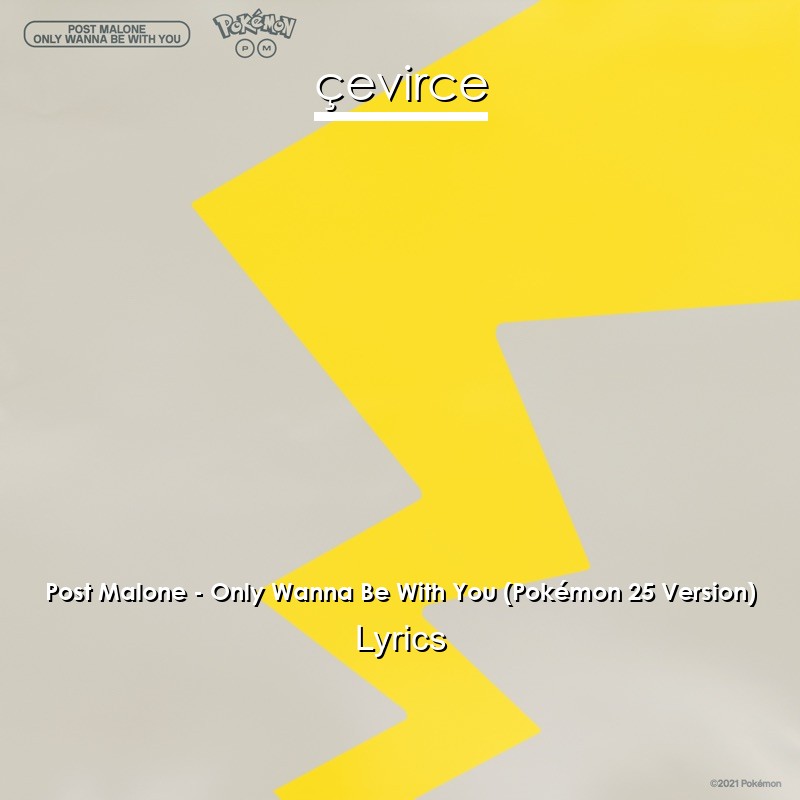 Being a follower of Pokémon for well over 10 years now, I can honestly say that the last thing I expected for the 25th anniversary would be a crossover with rapper Post Malone, but here we are.

As part of the 25th anniversary music special, P25 Music, Post Malone had a virtual concert that included his newest song, a cover of Hootie & the Blowfish’s “Only Wanna Be With You.” This wasn’t just an ordinary cover though, in the background of the song you can clearly hear a version of Ecruteak City’s theme, a town originally from Pokémon Gold and Pokémon Silver.

Moving on to the song itself, this cover is very faithful to the original, only changing one lyric of the song. The lyrics are originally:

“Sometimes you’re crazy and you wonder why/

I’m such a baby, yeah, the Dolphins make me cry.”

But in Post Malone’s version, he references his favorite NFL team, the Dallas Cowboys. This isn’t out of the ordinary, though. He has referenced the team in many other songs, including his 2019 song, “Wow.”

“Always goin’ for it, never punt fourth down /

Overall, Post Malone’s “Only Wanna Be With You” is an amazing cover and tribute to a franchise that has been around for longer than I’ve been alive. As only the first part of the full year of P25 Music events, this was a great kickoff. Later this year we can expect music from Katy Perry and J Balvin, as well as many artists that have not been announced yet. I would definitely recommend checking this song out for yourself and keeping up with what’s happening next musically for the 25th anniversary of Pokémon.