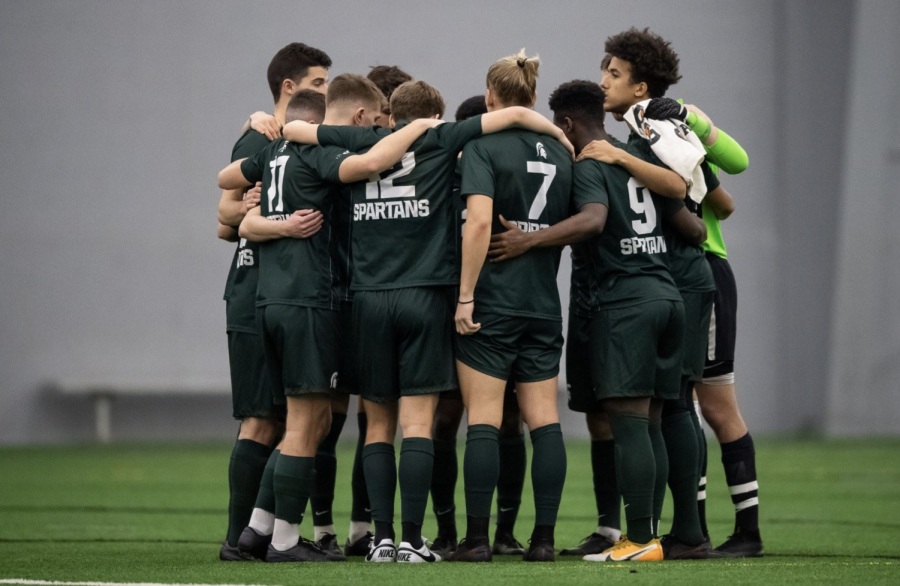 EAST LANSING — After a two-game road trip against Michigan and Penn State, the Michigan State men’s soccer team returns home to play Ohio State on Wednesday. This is closer to a conventional home game, with the game being held at Lansing Catholic Central.

Neither side got its season off to a great start, but both have responded in each of its last games. MSU dropped its first two games against Rutgers and Michigan, but is coming off a big win at University Park against the then undefeated Penn State.

MSU has fielded a different lineup in each game. It has also switched formations, playing the first two games in a 4-3-3 and playing a 4-4-2 most recently.

“We’ll keep tweaking lineups and changing them,” Rensing said. “The way this season is set up, you have to. Our first two lineups weren’t the same, and I would be shocked if our third was the same.”

As for Ohio State, it had a far from favorable opening to the season and is in the final game of a three-game road trip. The trip was marked by visits to the top two teams in the preseason rankings: Indiana and Maryland.

The opener against Indiana got out of hand for the Buckeyes, losing 3-0 with all three goals coming in the second half. They would bounce back with a big 1-0 win against Maryland. Joe Ortiz scored the winning goal on that occasion and claimed Big Ten Co-Offensive Player of the Week as a reward.

“It’s going to be a tough match,” Rensing said. “Penn State is a pretty structured team. I think Ohio State may be a little more free-flowing and more unpredictable.”

The two sides are meeting for the first time since MSU beat Ohio State 3-1 in East Lansing in 2019. MSU has dominated the matchup as of late, winning the last four meetings. The Buckeyes last win came in 2015, winning 2-1 in East Lansing.