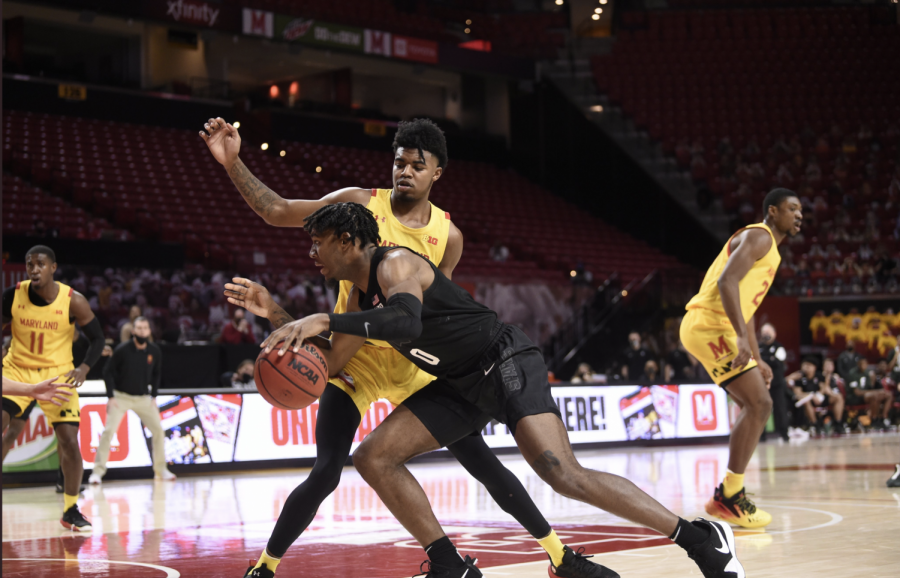 EAST LANSING — After back-to-back, major NCAA Tournament resume-boosting wins against No. 5 Illinois and No. 4 Ohio State, the Michigan State Spartans took the hardwood again on Sunday afternoon, as they traveled to take on a red-hot Maryland Terrapins team. Unfortunately for Michigan State, the Terrapins continued their winning streak, taking down the Spartans 73-55.

As Michigan State capitalized on its transition offense the past few wins, Maryland coach Mark Turgeon knew his team had to limit the Spartan buckets on the fast break. To do this, the Terrapins were not sending anyone to the offensive glass; instead, everyone was getting back to defend to make sure Michigan State had to go against a set Maryland defense on every possession

“We have guys on our team who can shoot the ball but we were just short today,” Henry said. “We really didn’t have left-to-right misses, we just were short.”

Michigan State opened the game flat-footed, as Maryland got off to an early 11-0 lead behind a 3-for-3 start from deep.

“It really ticked me off with the way we started today,” MSU coach Tom Izzo said.

“When playing an away game in the Big Ten, it’s hard to bounce back from getting down that much,” Langford stated when being asked how the early struggles hurt.

Henry ended the Spartan offensive woes by hitting a tough two inside that was critical after a 0-for-6 start to the game from the field for Michigan State. He finished the half with a team-high nine points.

From then on, it was back-and-forth action between the two teams for the remainder of the first half. Although the Terrapins were just 11-for-25 from the floor, they were 6-for-10 from deep, which was a focal point for them heading into halftime, enjoying a 35-25 lead. Eric Ayala and Darryl Morsell were the first-half dynamic duo for Maryland, as the two combined for 19 of the team’s 35 points.

The Spartans, however, could not find the bottom of the net often, as they went into the half with a forgettable 36% shooting percentage (4-for-15 from deep). A key for the Spartans that kept the game in reach for the remainder of the half was the Spartans’ effort on the glass. Michigan State out-rebounded the Terrapins on both the offensive and defensive ends.

“I thought we settled a lot, and weren’t moving the ball around,” Izzo said. “We settled for too many 3-pointers. Give Maryland credit, they did their job.”

The Spartans brought some intensity to start the second half. Following two Malik Hall baskets and a Joey Hauser 3-pointer, the Spartans found themselves down five with 9:58 to go in the game. However, the Spartans once again could not find the bottom of the net, as they were only able to secure one field goal, a Langford lay-up, for the next seven minutes of the game.

Maryland was able to capitalize on the Spartans’ struggles, as the Terrapins extended their lead back to the double-digit mark with 5:13 to go in the half, where it stayed a 10-plus point lead for the remainder of the game.

A big reason the Terrapins were able to hold onto and extend their lead throughout the whole contest was their efforts at the free throw line. Maryland shot a very impressive 23-of-24 from the foul stripe, which ultimately put away any potential late Michigan State comeback in the game.

“Today the ball just didn’t bounce our way,” Henry said. “We just gotta bounce back and fight on Tuesday.”

Although this was a tough loss for the Spartans, they will have to regroup quickly as they welcome the Indiana Hoosiers into the Breslin Center on Tuesday, as Indiana looks to avenge the loss to MSU on Feb. 20. Tip-off is set for 8 p.m.