The Sounds of Detroit | Motown Records 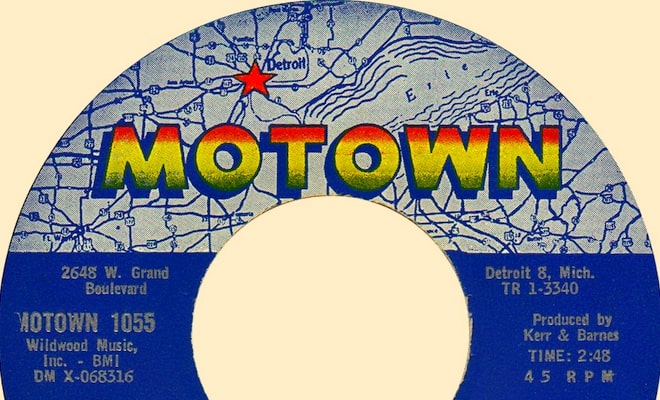 Detroit is a music powerhouse known for developing a number of genres and fostering some of the biggest names in music, but the most known is Motown.

Motown, a mixture of rhythm and blues and soul, was named after Motown Records, founded by Berry Gordy Jr. in the late 50s. The record company would end up going hand in hand with the genre, allowing for it to be one of the biggest producers of black musicians, as well as the largest black-owned company for several decades.

Gordy was a songwriter when he started helping other artists to build successful portfolios. Borrowing the money from his family and with the help of some artists friends he made, he started up his record label, Tamla. Under his label, he would produce the music of artists like The Miracles and Marv Johnson and lease it out to record companies including United Artist Records. In 1960, Gordy decided that it was more beneficial for him to record, produce and shop around the music himself, so he created Motown Records.

Over the next few years, the record company would absorb many Detroit recording companies and gain access to artists like Marvin Gaye, The Temptations and even Stevie Wonder. Gordy was a strong believer of developing artists and this showed. By the 70s, his company was the biggest producer of black musicians, having signed musicians including The Jackson 5 and The Supremes. It also started to make films and shows, like The Wiz and Diana!, under the name Motown Productions.

Gordy also understood that to make sure that these artists were successful, the music would have to appeal to white people, as he knew it was important in getting more black artists into the mainstream. Motown was considered accessible because of the jazzy influences, while also highlighting the power of black artists. While many of the songs he produced weren’t exactly political, they would go on to be adopted by the Civil Rights Movement. For example, Martha and The Vandella’s “Dancing In The Street” was considered a protest anthem.

The strength of the record company was in its artists and their sound. Some elements of the Motown sound are big house bands with strings and horns, four beat drums, pop, soul and gospel vocals, and intense chord changes. This was a distinct sound in music between the 60s and the 90s.

While there are hundreds of songs from this time, here is a short snippet of some of the iconic songs that came out of this genre.

“Ain’t No Mountain High Enough” by Marvin Gaye And Tammi Terrell is a love song that mixes gospel vocals with the sounds of soul.

Marvin Gaye has other hits including “I Heard it Through Grapevine” and “What’s Going On.”

The Supremes, later rebranded as Diana Ross and The Supremes, are sometimes considered the most successful female group of all time and have produced several hit songs including “Stop in the Name of Love” and “You Can’t Hurry Love.”

To this day, Stevie Wonder has won 25 Grammys, sold over a million records and still is making music in his 70s. His award-winning songs “Superstition” and “I Wish” made it to number one on the Billboard Top 100.

The Temptations won three Grammys and have been number one on the Billboard 100 four times in their career. Some of their more popular songs are “Ain’t Too Proud To Beg” and “My Girl”.

Gladys Knight is known as the “Empress of Soul.” She has won several Grammys, both as a solo artist and with her band, Gladys Knights and the Pips. This includes songs like “Midnight Train to Georgia” and “Neither One Of Us (Wants To Be The First To Say Goodbye).”

Other artists to check out include Syreeta Wright, The Marvelettes, Smokey Robinson and The Miracles and Barabara Randolph. It also should be mentioned that there were many major Motown artists that did not sign with Motown Records but were still a part of the scene, including Aretha Franklin and Chaka Khan.

To this day Motown Records is still a huge record company with a number of artists, yet it has branched out beyond that “Motown sound.” Later Motown Records artists include the likes of Erykah Badu, Boys II Men and Toni Braxton.

Motown was instrumental in the success and growth in popularity of many black artists, who may not have become popular in a time where civil rights weren’t always guaranteed to black Americans. And while the unique sound of Motown may not be as common now, the songs have stood the test of time.