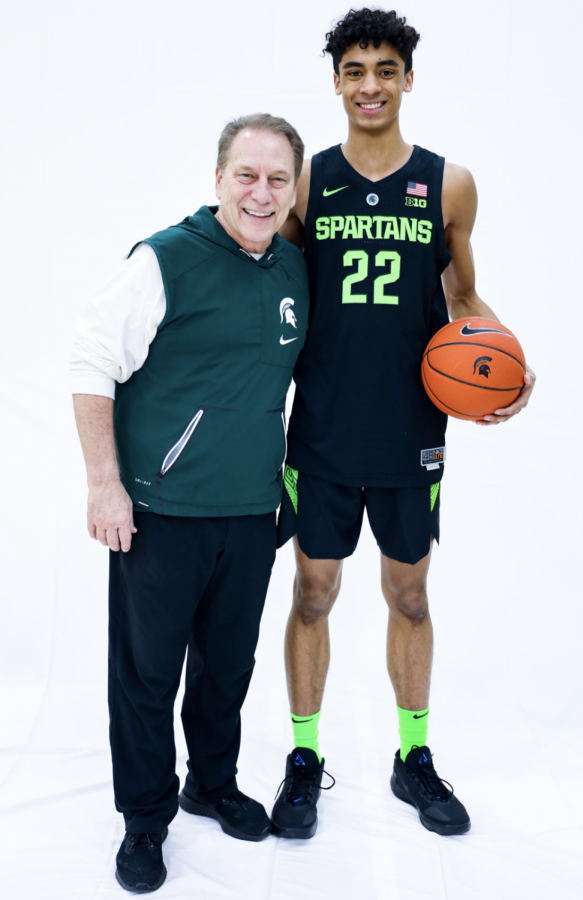 EAST LANSING— Tom Izzo and the Michigan State Men’s Basketball Team will be welcoming an All-American to East Lansing this fall, as incoming freshman, Max Christie, was named to the 2021 McDonald’s All-American team earlier on Tuesday.

An honor bestowed upon the top high school players every year, Christie will be the Spartans’ first player with this distinction since Jaren Jackson Jr. was named an All-American in 2017.  Although initially leaning towards Duke, Christie eventually chose MSU over the Blue Devils, as well as Iowa, Illinois, Florida, Villanova, Michigan, Ohio State, Baylor, Wisconsin, Virginia and others.

Christie is a 6-foot-6 195-pound guard/forward from Rolling Meadows, Illinois. He is currently ranked as the No. 17 player in the 2021 class with a 0.9940 composite rating by 247Sports. Christie could see time in the starting lineup as a freshman next year should talented wings Aaron Henry, Joshua Langford or Gabe Brown choose to leave.

Christie’s commitment to Michigan State came during July of 2020; during this time period, Izzo and his coaching staff picked up four highly touted recruits in 2022 phenom Emoni Bates, Christie, four-star center Enoch Boakye (who has since decommitted), and four-star guard Jaden Akins.

Both Akins and fellow 2021 four-star guard commit Pierre Brooks were nominated for the award, but did not qualify.

The Spartans’ 2021 class is ranked seventh in the nation and second in the Big Ten to only Michigan. This class is also Izzo’s highest-rated since 2016 when Miles Bridges and Joshua Langford, along with Miles Bridges and Nick Ward, were highly touted incoming freshmen.