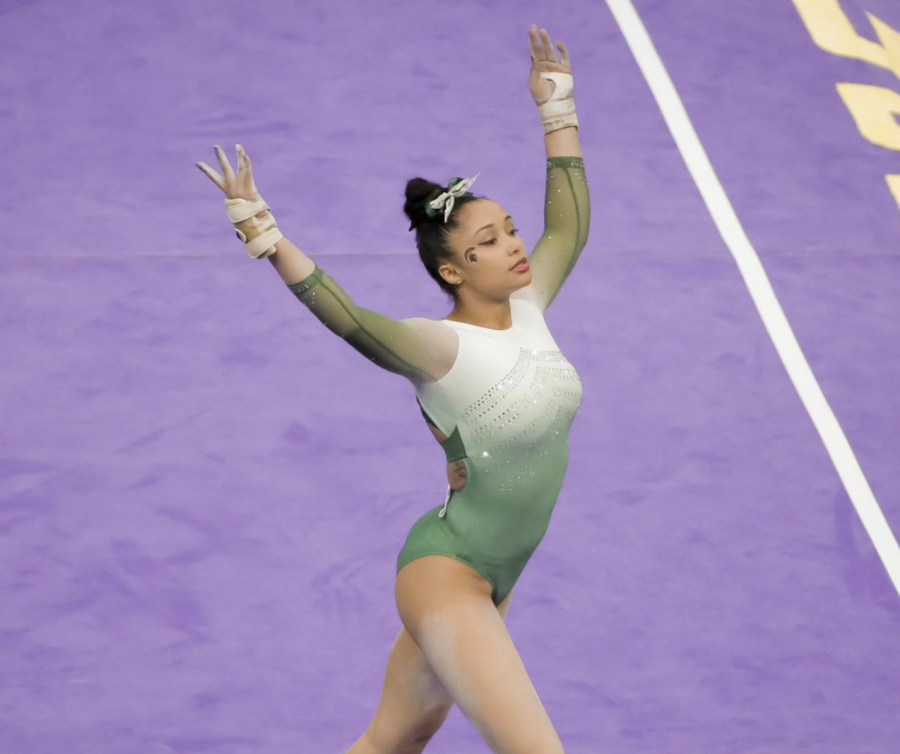 EAST LANSING — Highly-decorated Michigan State gymnast, senior Lea Mitchell, added another accomplishment to her resume Thursday as the Big Ten named her one of two recipients of the Wayne Duke Postgraduate Scholarship. Mitchell is the second Spartan to win the award and the first woman, after a member of the swimming and diving program, Scott Piper, earned the award in 2020.

Michigan State, along with the other 13 Big Ten schools, is asked to nominate one female and one male student-athlete for the award each academic year.

Mitchell, the three-time co-captain, led the Spartans to back-to-back appearances in the NCAA Regionals while maintaining a strong 3.96 GPA as a journalism major, with minors in dance and Spanish. She also earned WCGA Scholar All-American honors in 2018 and 2019 and was named an Academic All-Big Ten honoree last year. She is also one of two representatives from the gymnastics team on the MSU Student-Athlete Advisory Committee (SAAC), a group ensuring student-athletes on all Michigan State varsity athletic teams have their voices heard.

👏👏👏
Congrats to our very own Lea Mitchell on earning the @bigten Wayne Duke Postgraduate Scholarship!📗📚

Mitchell becomes the 1st MSU female student-athlete to receive this honor, and only the second Spartan overall!

Recipients of the Wayne Duke Postgraduate Scholarship (one male and one female student-athlete) are each awarded $10,000 for their all-around performance as a scholar, athlete and in extracurriculars. This year’s male recipient is Rutgers lacrosse student-athlete Kieran Mullins.

The Michigan State gymnastics team’s next meet is scheduled for 2 p.m. Sunday, at No. 22 Illinois. You can catch Mitchell performing in all four disciplines as one of the few all-around Spartan gymnasts.