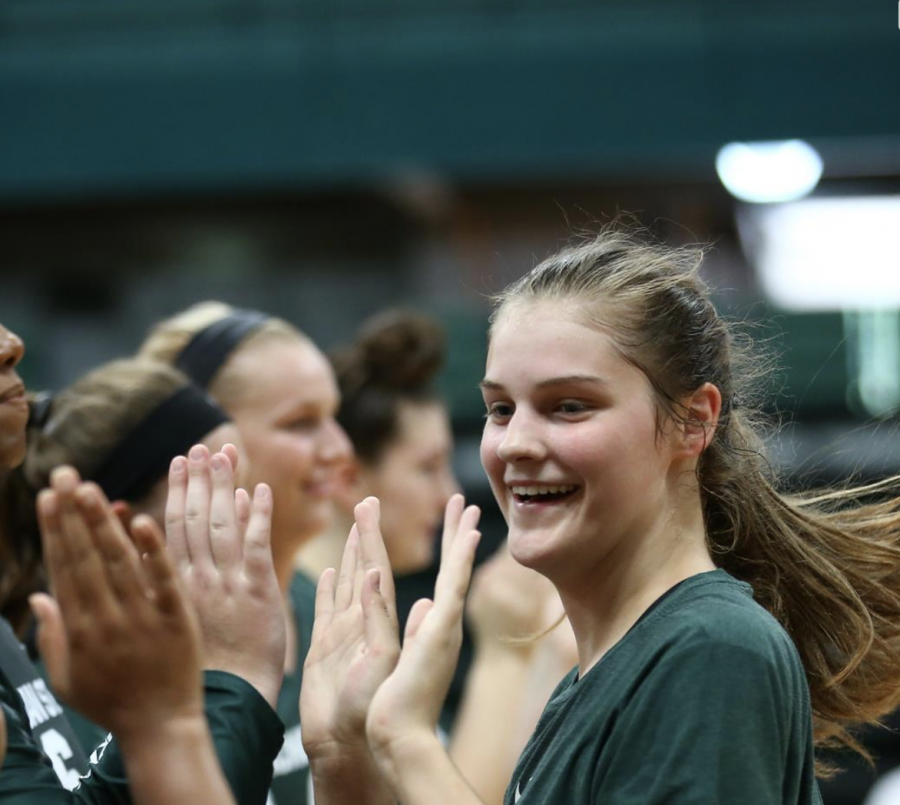 This week will be a much harder test for coach Cathy George’s squad. A weekend series against No. 1 Wisconsin (8-0) is never easy, but COVID-19 issues forced the game against Michigan (0-2) to be postponed to this week, meaning the Spartans have had little time to prepare for either opponent.

“This is a quick turnaround,” George said Tuesday. “I have to say it’s a little bit daunting.”

Below are some keys to Wednesday’s match vs. the Wolverines:
How will the Spartans keep Paige Jones and Jess Mruzik in check?
Though the Michigan Wolverines have only played two games, their offense so far has run through their outside hitters. 2019 All-American Jones is fifth in the conference with 4.63 kills per set, while the freshman Mruzik is first with five. Michigan State has not been strong at the net to start the season, but middle blocker Naya Gros (six kills, eight blocks) had her best game of the season on Sunday against Maryland. She’ll need to be on her game Wednesday, along with longer outside hitters like Alyssa Chronowski and Molly Johnson, for the Spartans to pull off an upset.
Youth vs. youth… mostly
Both teams have freshman phenoms at outside hitter and setter this season, but there’s one position where the Spartans have an advantage in experience. At libero, Jamye Cox has anchored the Spartans for four years, while Hannah Grant, a redshirt freshman who transferred to Michigan from Michigan State, has stepped in for the Wolverines. Grant looked better on the stat sheets against Purdue than Cox did against Maryland, but the Boilermakers were more prolific attackers than the Terrapins. The Spartans should look to test Grant and make her work hard to anchor Michigan’s back row.
No home-court advantage this time
Michigan State runs its annual “Jam the Jenison” promotion for the home match against Michigan, packing thousands of fans into the stands and even bringing the whole marching band in. The energy is unlike any other game at Jenison Field House, and there’s no doubt it helps on the court. This season, due to COVID-19 restrictions, there are no fans allowed for this game, a boost for the Wolverines.