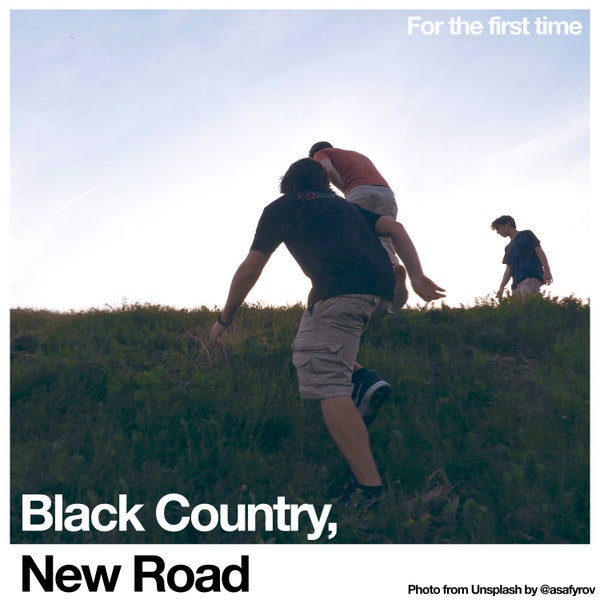 Black Country, New Road, an experimental rock band from London, are masters of many things, despite the fact that they are about the same age as me—a college senior. They are clearly masters of their instruments and their sound, refining it over the past few years while playing shows at various nightclubs, including but not limited to iconic British club The Windmill, Brixton. They are also masters of hype, having their music reviewed by just about every music publication under the sun and garnering nearly 1.5 million listens to the earliest recording of their song “Sunglasses.” They are also friends with Black Midi, another UK-based experimental rock band composed of innovative zoomers.

Their debut album, For the first time, was released a little more than a week ago. Since then, it has been well-received by most critics, and I would say my only problem with it is that there isn’t more. It contains only six songs, four of which were released as singles. They revealed their cards and I took it upon myself to indulge in them—now, I am left craving more.

My favorite track of the bunch is the closer entitled “Opus.” It is the second-longest song on the album, coming in at just over 8 minutes long, but it hardly feels that way. It oscillates between slow segments dominated by vocalist Isaac Wood’s brooding lyrics and moments of Klezmer-inspired instrumental mania. By the end of the song, it morphs into a sort of thick, sonic crawl that drowns out Wood’s hectic screams and groans. All in all, it is an amazing track and I have huge hopes for this band’s future.