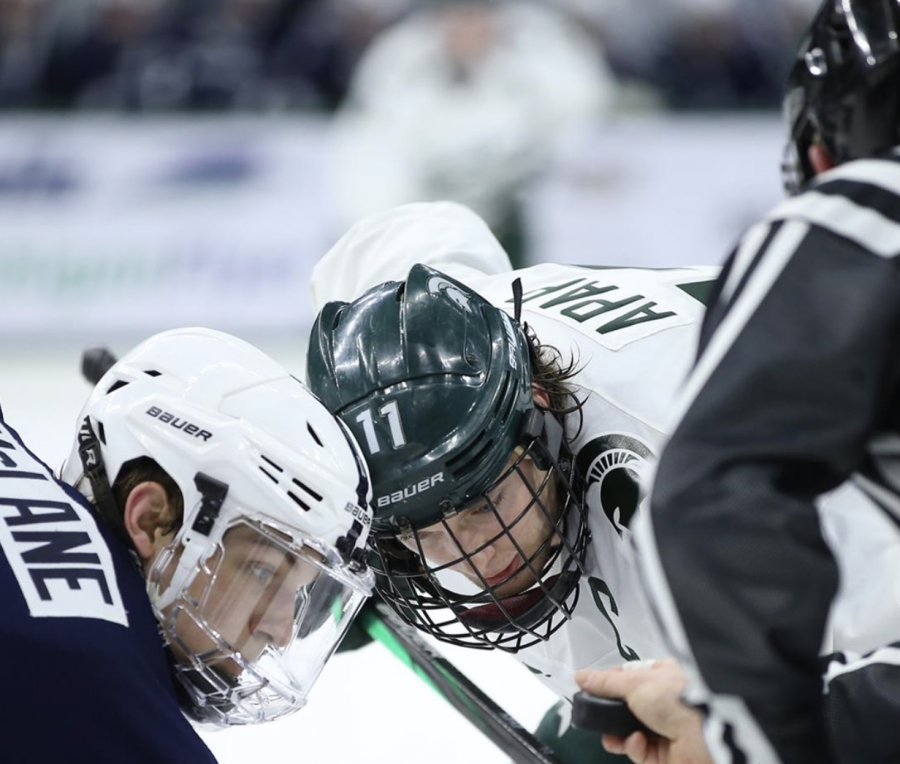 EAST LANSING – Michigan State announced five new hockey recruits for the 2021-22 season to complete the initial phase of the Spartans’ recruiting class. Of the five players who signed a letter of intent, four are forwards and one is a defenseman. Only one of the recruits is from Michigan, but all five will come from the USHL.

The lone defenseman from this class is Toronto native David Gucciardi. He moves the puck well and will be able to help the Spartans out in the offensive zone. Gucciardi is currently in his second season with the Waterloo Black Hawks and leads the team in points as a defenseman with 16, which ranks seventh among USHL defensemen this season.

The oldest signee and only Michigan native is Fargo Force forward Jeremy Davidson. He was born on Feb. 28, 2000 and is from Kalamazoo, Michigan. Davidson is a strong skater who likes to shoot the puck a lot. He is also a Shattuck St. Mary’s (Faribault, Minnesota) graduate, which is the same school that Sidney Crosby, Jonathan Toews, Zach Parise and Nathan MacKinnon attended to play hockey.

Davidson is tied for 11th in the USHL in points with another Michigan State signee, Muskegon Lumberjacks forward Tanner Kelly. Playing in his second full season with the Lumberjacks, Kelly has recorded seven multi-point games and two four-game point streaks so far this season. Kelly is a San Diego native, but has played plenty of hockey in the state of Michigan. Kelly spent a couple years playing for Little Caesars U16 where he recorded 101 points (35 goals, 66 assists) in 69 games.

The oldest signee so far is Green Bay Gamblers forward Jesse Tucker who was born March 1, 2000 in Longlac, Ontario. Tucker is in his third year with Green Bay where he currently serves as team captain after putting up 40+ points in each of his first two seasons in the USHL thanks to his strong presence on the power play. Tucker is a pass-first player but isn’t afraid to shoot the puck when given the opportunity.

The last signee is Arizona native and Chicago Steel captain Erik Middendorf; he is the only signee of the five that stands over six feet tall, but he uses that size well in loose puck battles. Middendorf currently is third in the USHL in points with 43 and second in goals with 21. Middendorf plays a lot of minutes for the Steel on the power play and penalty kill. Head coach Danton Cole has coached him before when Middendorf played for the U.S. National Team Development Program in 2016-17.