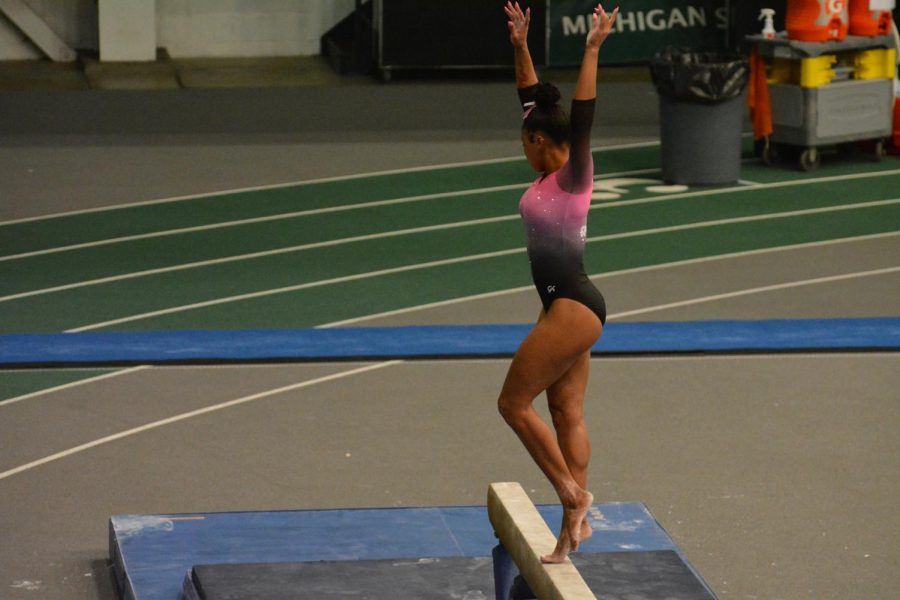 EAST LANSING— The Michigan State gymnastics team announced on Tuesday that the previously scheduled match for Feb. 21st against the No. 20  Illinois Fighting Illini would be postponed due to COVID-19 issues within the Spartans’ program.

The schools will work with the Big Ten Conference to identify options for rescheduling the meet.

On Monday, MSU announced that Saturday’s scheduled home meet against No. 13 Minnesota would also be postponed because of COVID-19 related issues. MSU also had a scheduled meet against Maryland postponed back on Jan. 23.

The Spartans are 2-2 on the young season, and have lost two straight matches after knocking off Ohio State and Nebraska on Jan. 30. They are scheduled to participate in the Big Five conference meet from Feb. 26-28 before taking on Michigan from March 5-7 and Ohio State on March 12.

The 2-2 record slots the Spartans at sixth place within the conference’s 10 teams.  They are tied with Maryland, who also has a 2-2 record, and ahead of Minnesota, Nebraska, Penn State and Rutgers. Currently, Iowa leads the conference with a 3-0 record.

The Big Ten conference championship meet is set to take place on March 20 in Minneapolis, Minnesota.