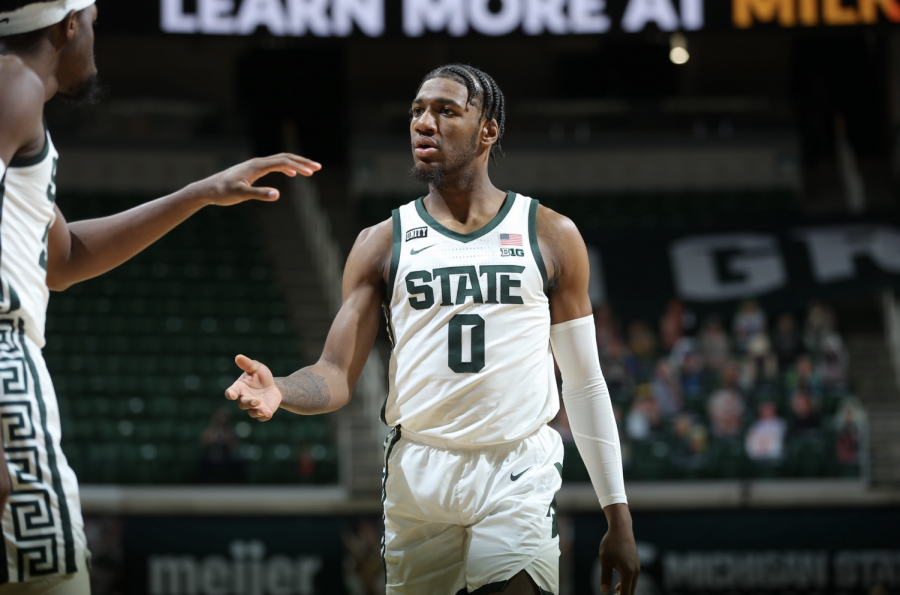 EAST LANSING — Michigan State basketball hits the hardwood again Tuesday as the Penn State Nittany Lions travel to East Lansing. Both teams are coming off a win, as the Spartans defeated Nebraska 66-56 on Saturday and Penn State beat Maryland 55-50 on Friday.

For Penn State, this is a measuring stick game that can give the Nittany Lions an opportunity to see where they stand in the Big Ten. Sitting at 4-7 in the conference and 7-8 overall, PSU has struggled to find a groove this season. The team took a pause for 18 days due to COVID-19 complications in early January, but has been 4-4 since its return.

The Nittany Lions only have two marquee wins this season, as they manhandled Virginia Tech by 20 points on Dec. 8 and beat Wisconsin by 10 on Jan. 30.

As for the Spartans, they’re reeling after their own COVID-19 pause, losing three of their last four games. The offensive inconsistency has persisted, and no clear leader has revealed himself on either side of the ball for Tom Izzo’s squad.

The Spartans have relied on Aaron Henry all season to be their leader, and he’s answered as of late. But it hasn’t been enough production to result in wins for MSU. He dropped 24 points on the road in a close loss to Iowa and scored 16 against Nebraska, the second highest total in the game.

Myreon Jones has continued his offensive dominance from last season for Penn State. He enters this contest averaging 14.7 points, 2.8 rebounds and 2.1 assists. However, he went just 1-for-9 on field goals with two points against Maryland. He’ll be the deciding factor for the Nittany Lions on offense if they want to keep up with Michigan State.

This game is an important one for both teams. Both sit on the outskirts of the Big Ten standings with the Nittany Lions at 10th and the Spartans at 12th. The Spartans are desperately hanging onto NCAA Tournament hopes while the Nittany Lions can take a step closer to .500 in conference play and establish themselves as a competitor in the conference.