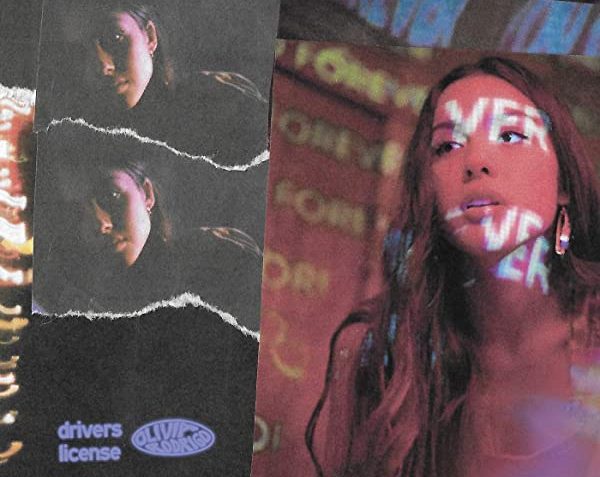 I was actually very hesitant to choose this song for my jam of the day—I was afraid it was too popular or too “basic,” and whatnot. After pondering for awhile, I realized that it does not really matter because music is music, and every song has a purpose. 17-year-old Olivia Rodrigo released this particular song on Jan. 8, 2021. The emotional bedroom-pop/power-pop single has taken the internet by storm— particularly gaining traction on the video-based social media platform, TikTok.

The teen’s debut has charted in multiple countries across the globe, hitting the #1 spot in  Belgium, Canada, Denmark, Finland, Greece, Israel, Malaysia, New Zealand, Norway, Portugal, Singapore, Australia, Canada, Ireland, the United Kingdom and the US. “Driver’s License” also broke multiple streaming records upon release, including the Spotify record for the most single-day streams for a non-holiday song. Rodrigo is the current youngest person to hold the number one single slot in the United States. The Bizzardvark and High School Musical: The Musical: The Series  star also received praise from some of her greatest role models, most notably Taylor Swift. You can think whatever you want about the quality of the song, but you have to admit that Rodrigo’s work is pretty impressive.

“Driver’s License” perfectly captures the melodrama of teen romance. The tune particularly created drama in the Disney community, as many lyrics seemed to be aimed at Rodrigo’s High School Musical Co-Star Joshua Bassett, and Sabrina Carpenter (known for her role in Disney’s “Girl Meets World”).  Bassett and Carpenter both released their own “clap-back” tracks, none of which ended up as successful as Olivia Rodrigo’s vehicular tune. Many think this feud may be a publicity stunt formed by Disney (which would not be too surprising), and even if it is a publicity stunt, it is clearly working.

“Driver’s License” is simple, but it works. It is far more impressive than anything I could have done at 17.  I cannot wait to see all that Olivia Rodrigo has to offer in her future releases, and I have a feeling that she can do even bigger things as she grows as an artist.