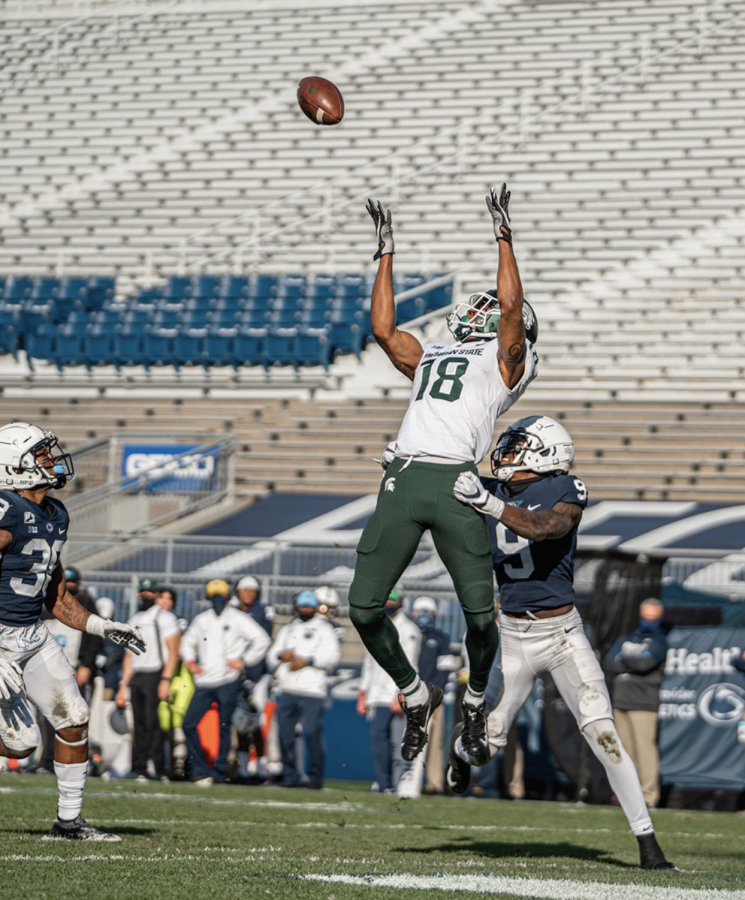 Morgan is the second former Spartan to transfer to Kentucky within the last month; he joins former three-star linebacker Luke Fulton.

Morgan, who played for Washington High School in Ohio, was a three-star recruit and the No. 56 wide receiver in the nation, according to 247Sports. He was also the fifth-highest ranked member of the Spartans’ 2019 recruiting class, which has now lost six total members, including four of the top five ranked players.

Despite committing to MSU in 2019, Morgan also held offers from schools such as Iowa, Washington State, Iowa State, Cincinnati, Missouri, Ole Miss, TCU, Pittsburgh and Virginia, among others.

As a true freshman, Morgan did not play at all after having knee surgery just prior to the start of the season. After being redshirted, he appeared in four games during the 2020 season. After not having a reception through the first six games, Morgan did manage to catch a pair of passes for 46 yards and a touchdown in the Spartans’ season-ending loss to Penn State.

Morgan still has three years of eligibility remaining, and his 6-foot-6 frame will serve as a welcome addition to a Kentucky receiving group that had no receiver reach the 500-yard receiving mark in 202o.