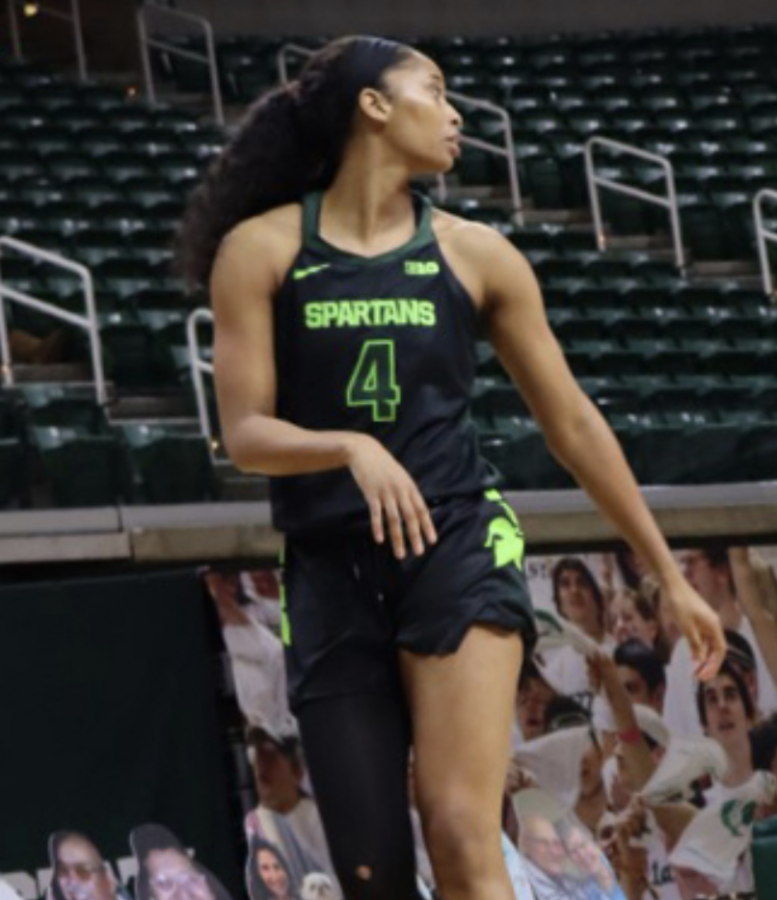 EAST LANSING — A lack of energy and physicality in the first half along with a large foul margin hurt the Michigan State Spartans during their 63-60 loss to the No. 22 Northwestern Wildcats on Sunday.

The Spartans were outrebounded 20-16 and the Wildcats had attempted 10 more free throws, getting to the line whenever they wanted to in the first half. The Spartans never seemed comfortable in the first half offensively and it showed, as they went into the locker room facing a 19-point deficit.

“I was really disappointed in our toughness and competitiveness in the first half,” MSU coach Suzy Merchant said. “It’s hard to coach effort and attitude and if you have to do that you’re not going to be a very good team.”

In the second half, the Spartans came out with seemingly newfound energy, as an 8-0 run trimmed the Wildcat lead to 37-26. The Spartans were led by Taiyier Parks, who scored eight of her 13 points in the third quarter.

“I felt like somebody needed to step up,” Parks said of her third-quarter surge. “I felt like I should take up that role…Northwestern was a little smaller than us and I tried to bully my way in and be aggressive.”

The fourth quarter was more of the same, as the Spartans came all the way back and erased their 21-point deficit when Janai Crooms hit a layup to take a 58-56 lead with just under four minutes to play. However, once again, fouls hurt the Spartans’ momentum and put the Wildcats back in the driver’s seat.

The Wildcats continued their pattern of getting to the free throw line in the second half, going 24-for-37 from to line for the game, resulting in more than the scoring difference in the game as Michigan State only shot 11-of-22 from the line. The Spartans were simply not keeping many players in front of them all night, racking up 26 personal fouls in the game.

Northwestern carried a 63-60 lead into the final seconds, when Nia Clouden missed two 3-pointers to secure the win for the Wildcats in the Breslin Center.

“There’s lessons to be learned, but we’re running out of time to learn them,” Merchant said. “Because everyone is good enough to beat you in this league. Everyone.”

Michigan State will try to bounce back on Feb. 13 against the Penn State Nittany Lions on the road.