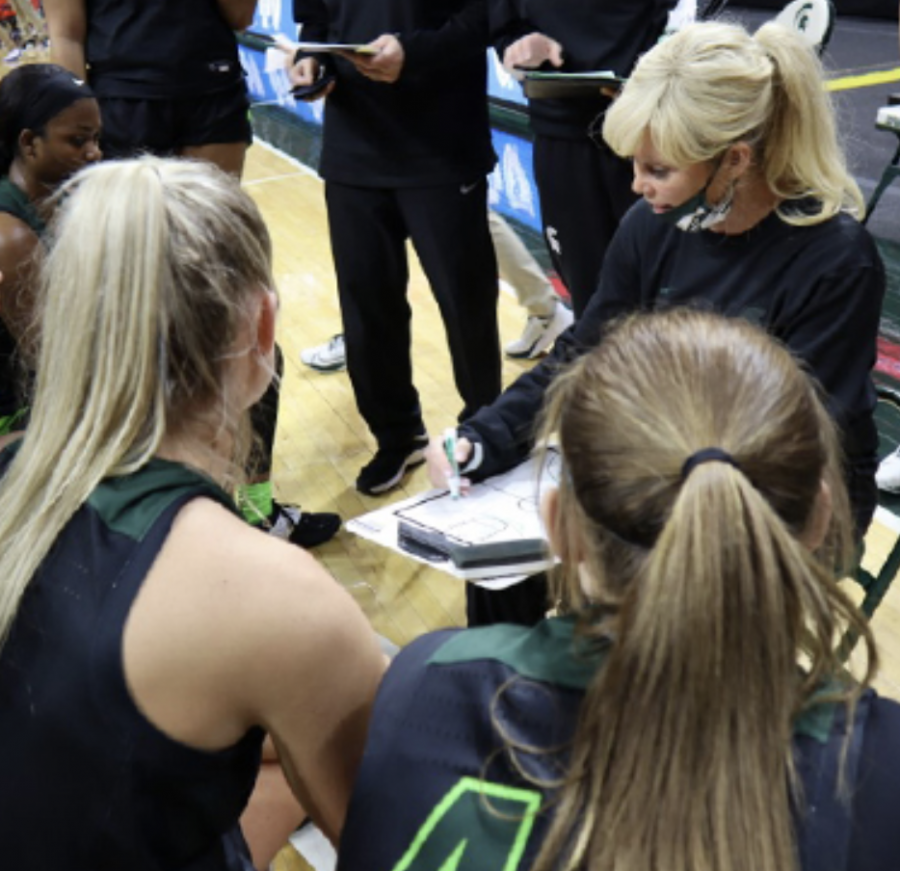 EAST LANSING — As the old saying goes, it’s not how you start, it’s how you finish. Boy, was that ever the case in Michigan State’s 63-60 loss to Northwestern Sunday.

Northwestern started hot, and played that way the entire first half, ending the half with a 37-18 lead. MSU coach Suzy Merchant must’ve awoken the Spartans at halftime, because they outscored the Wildcats by 10 points in the third quarter.

Going into the fourth quarter down nine points didn’t dissuade the Spartans from giving it their all in the final frame, as it truly came down to the last minute. With about 8.6 seconds on the clock, and the Spartans down three, Merchant used a timeout to get a play diagrammed to give the Spartans a chance to win the game.

Out of the timeout, Nia Clouden missed a 3-pointer. . Julia Ayrault managed to grab the offensive rebound and kick it back out to Clouden for another 3-point attempt. It was overshot and didn’t draw iron as the Spartans fell to 10-5 on the season and 5-5 in the Big Ten.

Regardless of the loss, a lot can be said about the difference in the Spartans’ play from the first half to the second half.

“It was a very spirited conversation,” Merchant said of what was said in the locker room at halftime. “I was disappointed in our toughness and competitiveness in the first half. I’ve always said you can’t coach effort or attitude. The only difference between this halftime and the one against Maryland was that I really, really got into them, and they chose to respond positively. What I said really can’t be repeated, but they chose to respond the way they did.”

The bottom line from this game was summed up by Merchant and Taiyier Parks, who was phenomenal, recording a double-double off the bench.

“If we play the way we did in the second half, over the course of the entire game, we win the game,” Merchant said. “There’s lessons to be learned, but we have to learn them quick, because if we don’t bring it for a full 40 minutes, anyone in this league can beat us.”

“We just have to play a full game,” Parks echoed. “It’s a matter of working on that in the lab, or in games until we get there. But playing two or three quarters with our maximum effort, and taking one off isn’t what we should be doing.”

The Spartans will look to get back on track Saturday when they face off against the Penn State Nittany Lions (8-7) on the road.