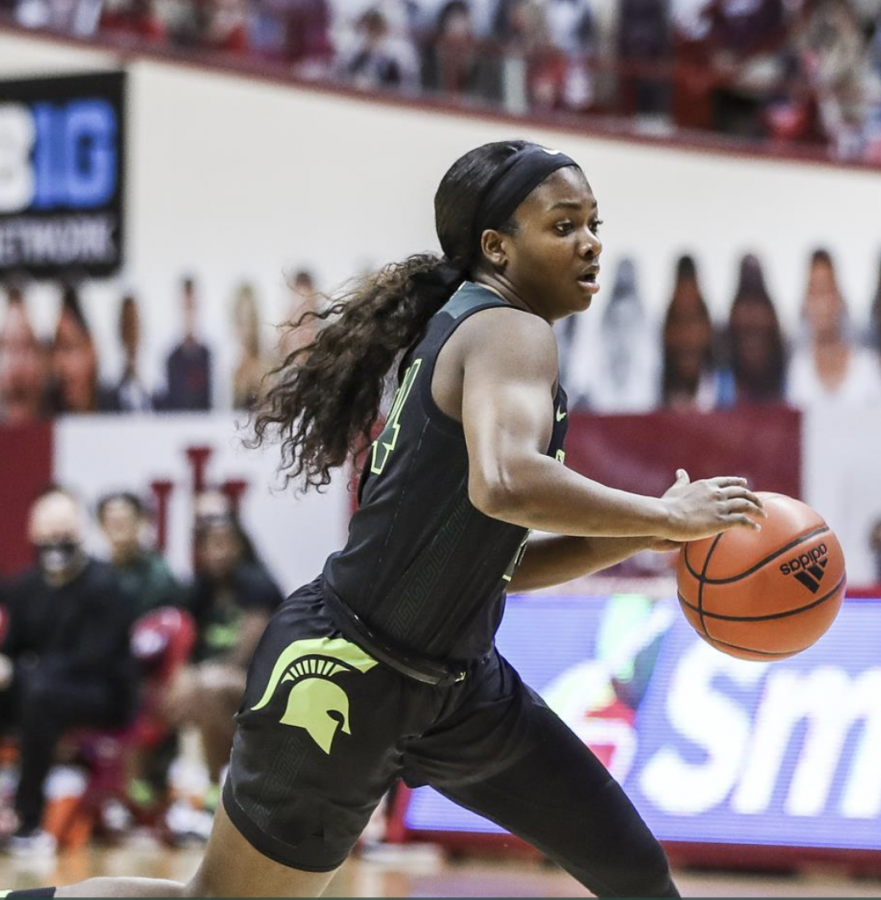 EAST LANSING – The Michigan State Spartans will play their first home game since Jan. 10 on Thursday as they welcome the Illinois Fighting Illini into the Breslin Center. The game is set to tip off at 6 p.m. as the Spartans look to end a two-game losing streak and the Fighting Illini search for their first win in the Big Ten.

Since returning to play after a 10-day hiatus due to COVID-19 issues within the program, MSU has a 1-2 record with a win over Wisconsin and losses to No. 7 Maryland and No. 16 Indiana. The Spartans’ overall record is 9-4 and 4-4 in the Big Ten. The first matchup between MSU and Illinois was scheduled for Jan. 14 but was postponed.

MSU has been dominant in recent years against Illinois, winning the last eight meetings in the series with the Illini’s last win coming on Jan. 23, 2014. The Spartans lead the all-time series 44-28.

Shooting struggles have also plagued this Illinois team throughout the year. The Illini have the lowest field goal percentage in the Big Ten at 36% and are also the worst 3-point shooting team in the conference, shooting 25% from behind the arc.

Michigan State junior guard Nia Clouden has followed up an impressive sophomore season where she was named second team All-Big Ten with another productive year for MSU. She is currently on pace to be the first Spartan to lead the team in points, assists and steals per game since Kris Emerson accomplished this feat in the 1985-86 season. Clouden is also closing in on the top 25 scorers in program history. Just 10 more points will push her past Bella Engen and give her that No. 25 spot.

Massive production from the point guard position has been a large factor in the Spartans’ success this season. The team’s 19.2 assists per game are second in the Big Ten and ninth in the entire country. MSU also boasts an impressive assist to turnover ratio at 1.5 which is the fourth-best in the Big Ten. In comparison, Illinois has the worst assist-to-turnover ratio at 0.68.

Detroit native and sophomore guard Jeanae Terry leads the way for the Fighting Illini. Terry averages a team-high 12.6 points per game as well as a team-high 9.2 rebounds per game. Her 9.2 rebounds are also good enough for the fourth in the entire conference.

A bounce-back win is exactly what MSU coach Suzy Merchant needs before playing another ranked opponent in No. 22 Northwestern at home just three days later. The Spartans’ last seven games include five home games before the Big Ten tournament begins.