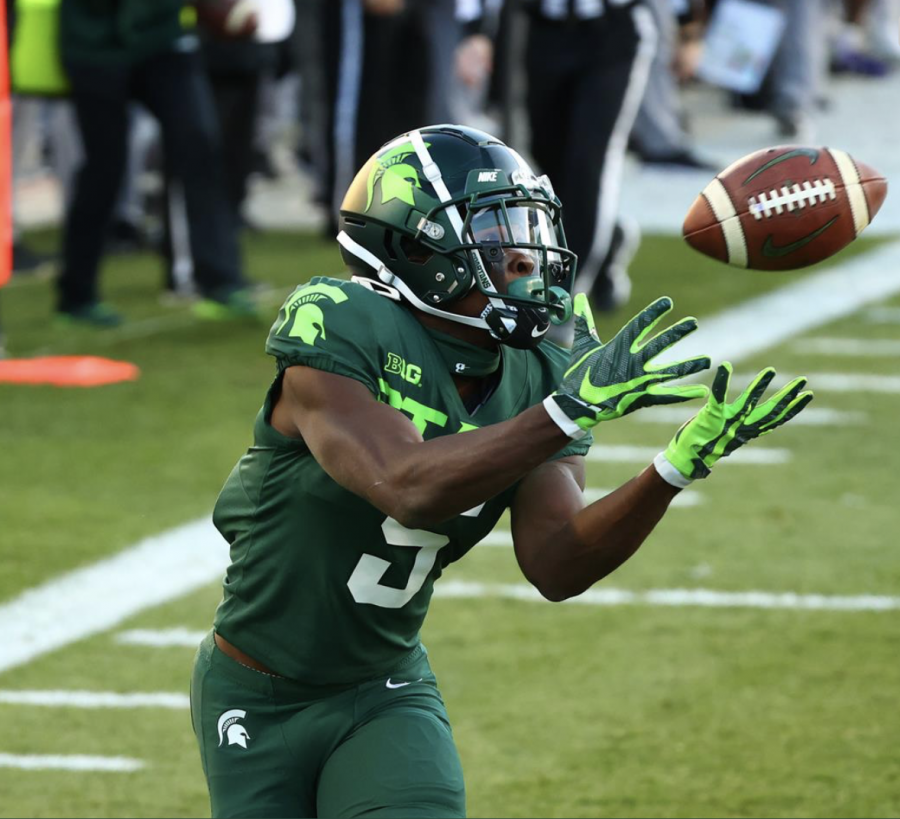 The 6-foot-4 wide receiver chose the Spartans after a lengthy recruiting battle against schools such as Texas, Kansas, USC, Houston, Ole Miss, Virginia Tech and others. Coleman was originally committed to Kansas, where he was set to also be a two-sport athlete.

Coleman will also be coming on as a member of the basketball team. When asked about it during his media availability session, football coach Mel Tucker says that being able to play both sports at the collegiate level was very important for Coleman. Tucker then went on to say that basketball coach Tom Izzo was instrumental in garnering the commitment from Coleman.

Tucker mentioned that Coleman has great speed to go along with outstanding athleticism, also citing his wide-catch radius and outstanding ball skills.

Coleman is joining the No. 43 class in the nation, and the 10th best in the Big Ten. The plan is for Coleman to be on scholarship for Tucker’s team and a walk-on on Izzo’s team.