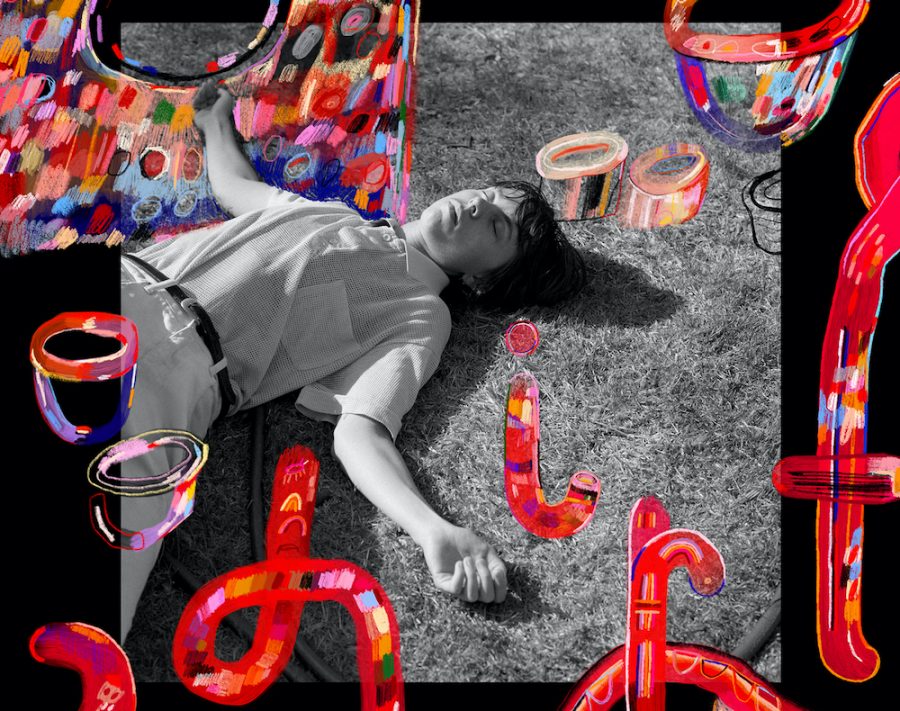 It’s here. 2021, or “The Year of Hand Habits”, as author and manager Brandon Stousy tweeted and I formally recognize, is upon us. I’m absolutely psyched, and you should be too.

Hand Habits, the project of the insanely talented Meg Duffy, recently announced their new EP dirt, along with releasing the lead single “4th of July” and a video to go with it.

When discussing Meg’s talents and work, most typically point to their involvement in other artists’ work as a guitarist. It’s so common that Pitchfork literally titled a feature-length piece about Duffy as “Your Favorite Indie Rocker’s Favorite Guitarist.” To a point, one wouldn’t be misguided in doing so.. Tracing Meg’s collaborations in and out of the studio can be read as a road map to some of the biggest indie rock albums of the last decade, with artists including: Perfume Genius, Angel Olsen, Weyes Blood, The War on Drugs and Kevin Morby. However, those credits should only excite people more for actual Hand Habits albums.

Hand Habits’ 2019 album placeholder is an amazing display of a hazy indie rock and folk that, similar to their peers Big Thief, feels like a warm hug from a river you loved as a kid, even though so much about you and the world around you has changed. They are aware of this comforting air too:

here to be your soft spot https://t.co/Xhiu7jrjz1

The warm, amber guitar tone that complements Duffy’s stirring voice draws you into tracks like “Can’t Calm Down” and “Jessica”—it’s hard to not be in awe of such a seemingly simple progression of sounds.

“4th of July” advances this alluring blueprint to even greater heights. The chords coming out of the guitar fold around the listener like trees on a road in Duffy’s home of upstate New York, which inspired the song. Duffy commented on a press release for the EP that “4th of July” paints someone “rolling around in the wreckage of the past and finding new ways out of the maze of memory.” It’s anchored by a swinging acoustic guitar arrangement that flourishes into a composition, matching the “Fireworks display over the mountainside” mentioned in the song.

The production and sounds from collaborators like Dawes’ Griffin Goldsmith, as well as Duffy’s current housemates, Sasami Ashworth and Kyle Thomas (compelling musicians themselves behind the projects SASAMI and King Tuff), take “4th of July” to new heights and add a new intensity to the mix.

The song’s accompanied by a video that sees Meg digging a hole, “a cinematic version of what it looks like to try and get to the bottom of a feeling,” as stated in a release for the EP. Meg’s aunt doesn’t really know what this hole’s about, and we may not either, but I’m completely fine trying to figure it out if it sounds anything like “4th of July.”

If you like “4th of July,” Hand Habits is also expected to release a full-length project later this year as well!