Spartans fall to 0-3 with loss to Buckeyes 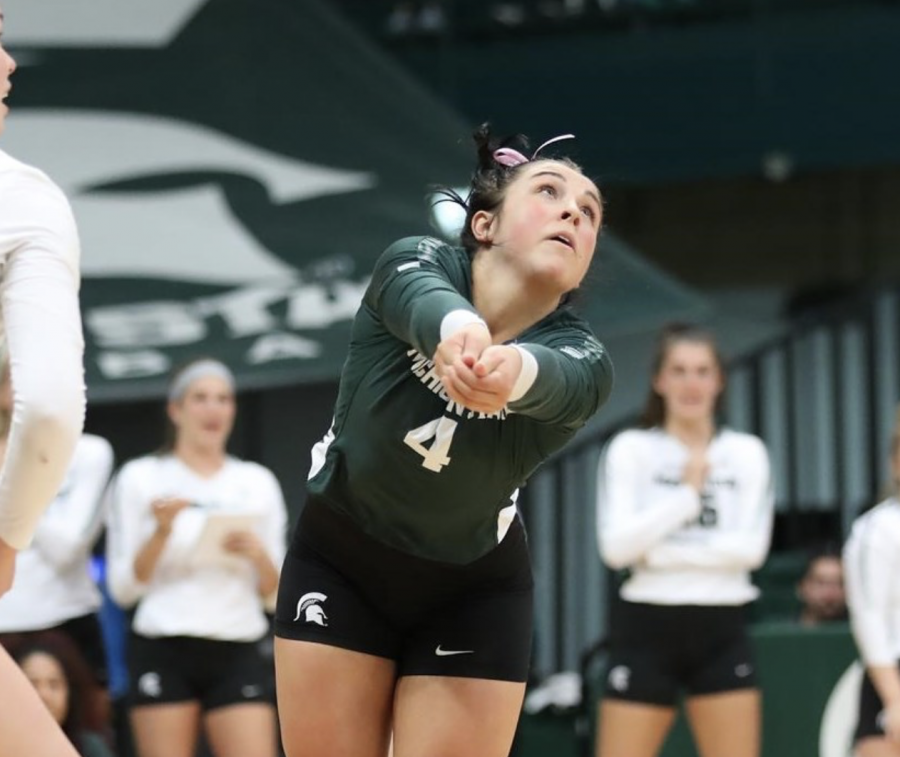 EAST LANSING — After a close but disappointing series sweep at No. 7 Minnesota, Michigan State volleyball coach Cathy George was excited to play Ohio State at home, even without fans.

“It’s awesome to be here at home,” George said. “You wish the fans could all be here…we love Jenison Field House.”

In the games against Minnesota, the offense flowed through Sarah Franklin, and she responded with 21 kills across the two games. Against the Buckeyes, she was stymied, recording 10 errors along with her seven kills on 35 attempts for a hitting percentage of -.086.

George credited the Buckeyes’ aggressive strategies against Franklin with slowing down the Spartans’ offense.

“She was struggling offensively,” George said. “They were triple blocking her and following her around the court.”

George stressed that the Spartans needed to get their older players involved more. Junior middle Naya Gros and senior outside hitter Meredith Norris took a back seat to younger players at their positions, but were efficient on the court Sunday. Gros recorded a team-best .517 hitting percentage to go with five kills and one block, while Norris had three kills on seven attempts and three digs defensively.

Ohio State had to adapt as well, as starting outside hitter Gabby Gonzales was out of the game for undisclosed reasons. In her place, the Buckeyes relied on Vanja Bukilic, a 6-foot-6 Serbian who didn’t play in the Buckeyes’ first series against Maryland. She recorded  seven kills and an assist, and though she didn’t get a block, the Spartans were caught off-guard by her appearance.

Defending outside hitters was an issue for Michigan State all night. The Buckeyes’ hitters, Jenaisya Moore and Emily Londot, were crafty in timing hard smashes down the sidelines and into the center court that had Michigan State players diving all around the court to no avail. Libero Jamye Cox even ran into the scorer’s table multiple times trying to corral shots that bounced off other Spartan defenders.

Overall, it was a deflating performance for a team that had shown a lot of promise against Minnesota.

“It’s all about us grinding it out, it’s all about us competing,” Cox said. “It just comes down to, are we going to be the ones attacking? Today, we just didn’t do that.”