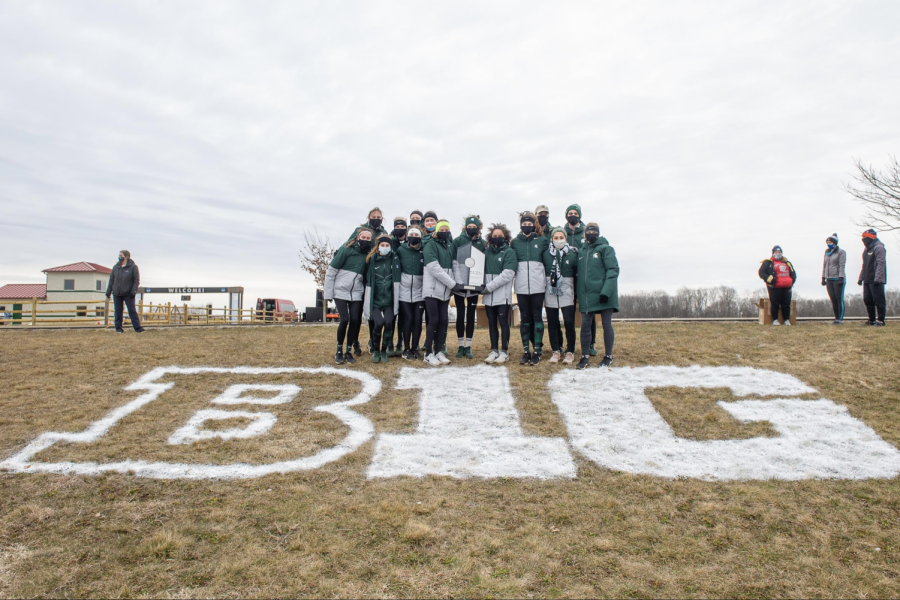 The title is the second in a row for the Spartans and the program’s eighth conference title overall. This is also the third time that Michigan State has won back-to-back titles. MSU repeated as Big Ten champions in 2010-11 and 2013-14.

The No. 9-ranked Spartan’ finished with 47 points in the women’s 6k. Minnesota finished in second with 76 points, while Illinois finished in third with 79 points.

Overall, three Spartans captured personal bests. Junior Jenna Magness was the top finisher for Michigan State, coming in third place overall with a time of 20:30.1. Senior India Johnson set a new personal record with a blistering time of 20:34.9 to give her a fourth place finish. Both Magness and Johnson garnered first-team All-Big Ten honors for their efforts. Johnson was a member of the All-Big Ten second team last season.

Lynsie Gram and Makayla Perez also nabbed second-team All-Big Ten honors for their performance. Perez set a personal record with a finish of 21:01.02.

The Spartan indoor track and field team will have their next meet on Saturday, Feb. 6 at the Hoosier Hills in Bloomington, Indiana.