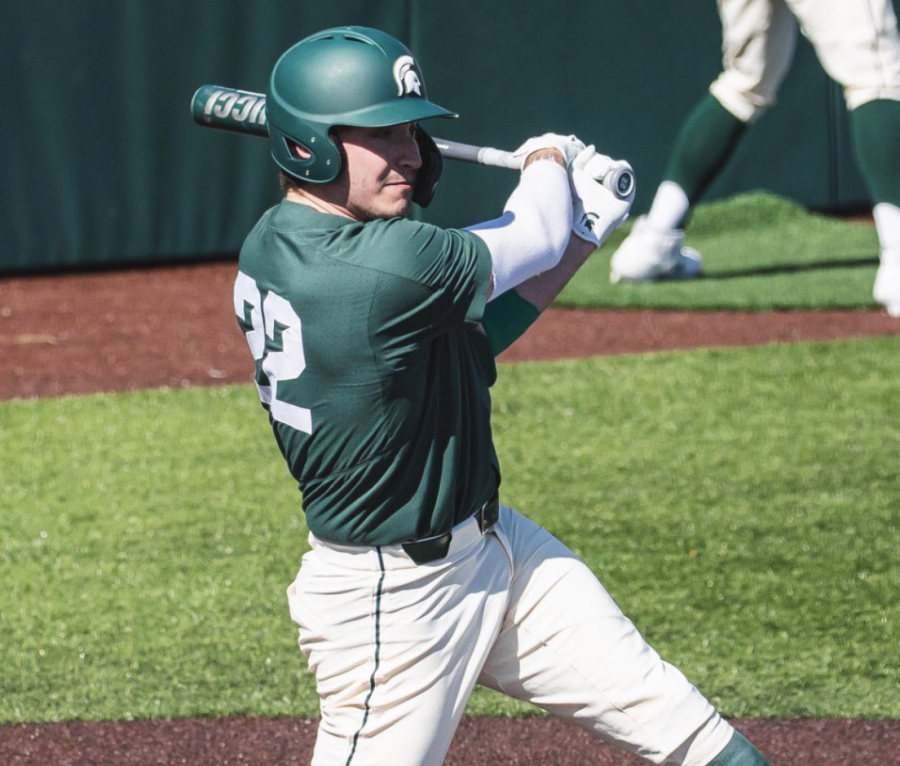 EAST LANSING—After having to cut the 2020 season short because of the COVID-19 pandemic, the Michigan State baseball team officially named its team captains for the upcoming 2021 season. The four co-captains leading the Spartans this season are Sam Benschoter, Bryce Kelley, Bailey Peterson, and Adam Proctor.

The captains are voted on by the players themselves, and head coach Jake Boss Jr. believes the team got it right once again this year.

“All four of these guys are tremendous students, they’re tremendous baseball players,” Coach Jake Boss Jr. said in a statement. “They are outstanding representatives of our baseball program and our Athletic Department, and they will do a tremendous job leading our team in the 2021 season.”

This will be the second time Benschoter and Proctor have been named captains, while it will be Kelley and Peterson’s first time in this role.

Kelley, a senior outfielder, showed his leadership off the diamond last season by finishing with the highest GPA on the team. Last season, Kelley started 13 games in center field and finished his junior campaign with a 1.000% fielding percentage and a .400 batting average, good for second on the team.

Senior infielder Bailey Peterson joined Kelley as the only two Spartans to start all 15 games last season, he also ranked second in the Big Ten in both batting average and hits. Peterson had a .447 batting average in 2020 to go along with 26 hits.

Proctor, the only non-senior captain, played in only eight games last season due to injury, but he had a 1.000 fielding percentage a year ago and threw out three baserunners. Off the field, Proctor was also an Academic All-Big Ten selection.

Proctor, Peterson, Kelley and Benschoter will be tasked with trying to deliver the Spartans their first winning conference record since 2016.