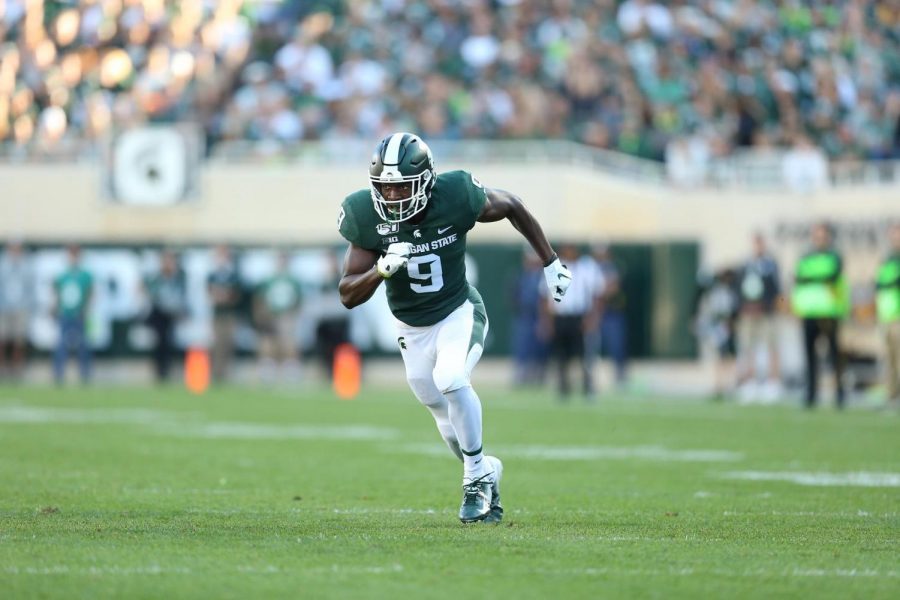 Long has been an impactful player for a number of seasons at MSU. In his freshman season, the then-special teams player had 10 tackles, while playing in 11 games for the Green and White.

He proceeded to play in every game during his sophomore season, recording 12 tackles total. While still appearing mostly on special teams, 11 of Long’s season total tackles served as the Spartans’ highest on special teams.

In a breakout junior season, Long was named to the CoSIDA Academic All-District Team and was awarded MSU’s Downtown Coaches Club Award — an honor given to the most outstanding special teams player.

He once again played in every game, achieving a career-high 16 tackles for the season. Long also had a blocked punt in the season opener against Tulsa.

For the second year in a row, he also led MSU in season tackles on special teams with 12.

In 2020, Long recorded 13 tackles under Mel Tucker, including a season-high six tackles against Indiana.

Long was honored twice as an Academic All-Big Ten selection. He was also a semifinalist for the 2020 William V. Campbell Trophy, which honors the player with the best combination of academics, community service and on-field performance in the nation.