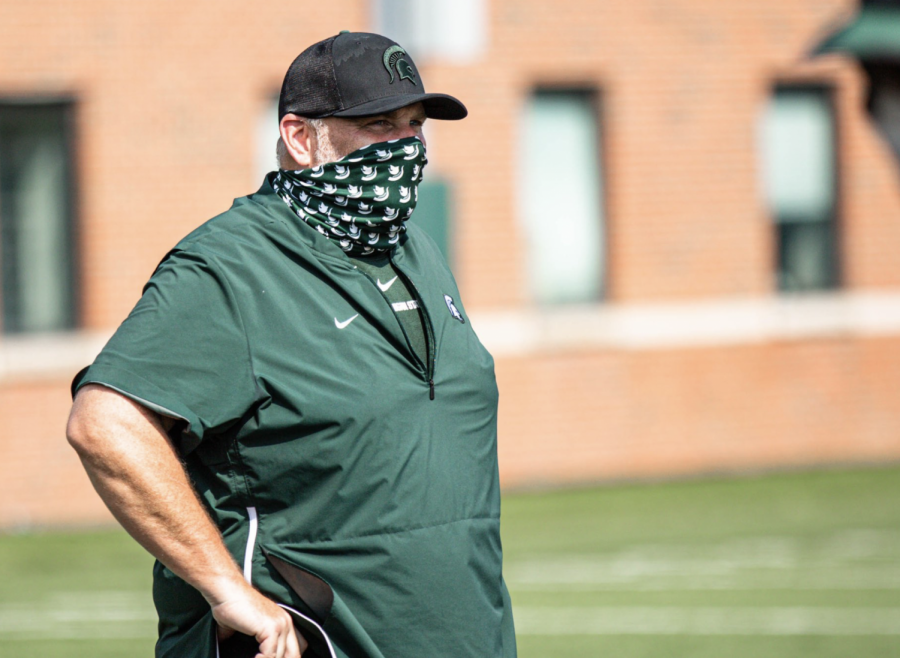 Kapilovic is in his second year with the Spartans as offensive line coach/running game coordinator, but also worked with Tucker at Colorado during the 2019 season.

“I believe Kap is among the best offensive line coaches in the country, college or pro,” Tucker said. “He not only puts a premium on technique and fundamentals, but also is an excellent motivator who is extremely passionate about the game of football. He understands the culture and goals of this program and is determined to get the best out of every player, every single day. He is a relentless and effective recruiter, and I feel very fortunate to have him as a true leader on our staff.”

Prior to Kapilovic’s time with Tucker, he spent seven seasons at North Carolina, where he moved up the ladder all the way to offensive coordinator. In Kapilovic’s offense, Mitch Tribusky led the Tar Heels to a strong season and was selected No. 2 overall by the Chicago Bears in the 2017 NFL Draft, one of ten players to be drafted or signed from the Tar Heels during Kapilovic’s tenure.

Coming off a 2-5 campaign in 2020, the Spartans look to improve in 2021. Kapilovic’s leadership and run game will be at the forefront of that improvement.