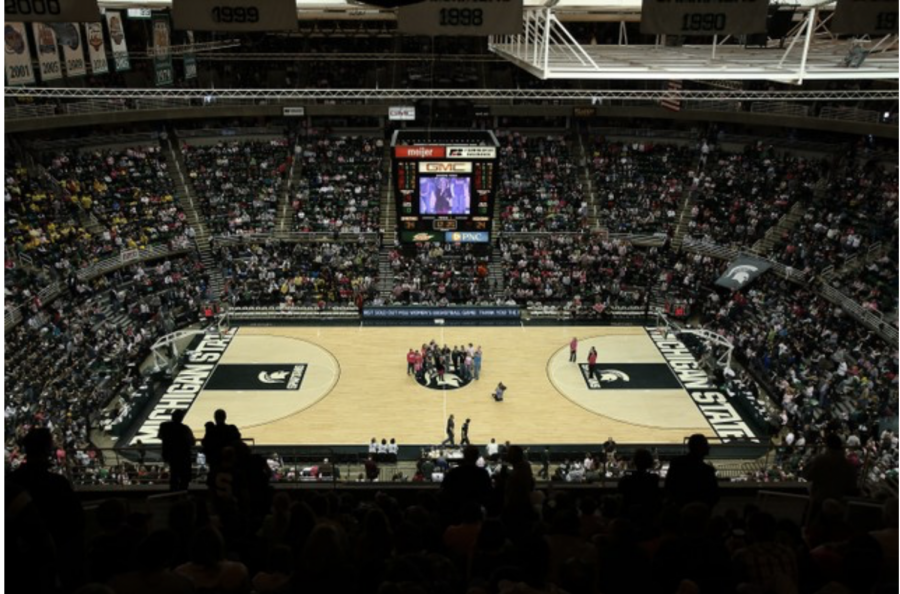 EAST LANSING— The Michigan State men’s basketball team is back in action on Thursday against Rutgers, but before taking the floor against the Scarlet Knights, some scheduling updates have been announced by the team. The Spartans’ road game against the No. 7 Iowa Hawkeyes that was initially scheduled for Jan. 14 before it was postponed due to COVID-19 issues in MSU’s program has been rescheduled for Feb. 2.

Two B1G updates for next week 🏀

→ Our game @ Iowa has been rescheduled for next Tuesday, February 2nd, time TBD.

→ Our game at home vs Nebraska has been moved to Saturday, February 6th at 6:30 PM ET. pic.twitter.com/NeIqfKPe91

It was also announced that MSU’s home game with Nebraska (originally scheduled for Feb. 3) has been moved back to Feb. 6 at 6:30 p.m.

The game against Nebraska was available to be moved due to the postponement of the Spartans’ scheduled matchup with Michigan because of a two-week pause that was issued on Jan. 23 by the Michigan athletic department. Michigan is currently struggling with a rapid rise in COVID-19 cases, including cases related to the more infectious B.1.1.7 strain of COVID-19.

Michigan State has not played a game since a Jan. 8 home loss against Purdue. The Spartans sit at 8-4 (2-4 Big Ten) and will need to pick up wins in the immediate tough stretch ahead that now includes two top-15 teams in the next two weeks.