Spartans to play No. 7 Maryland Thursday 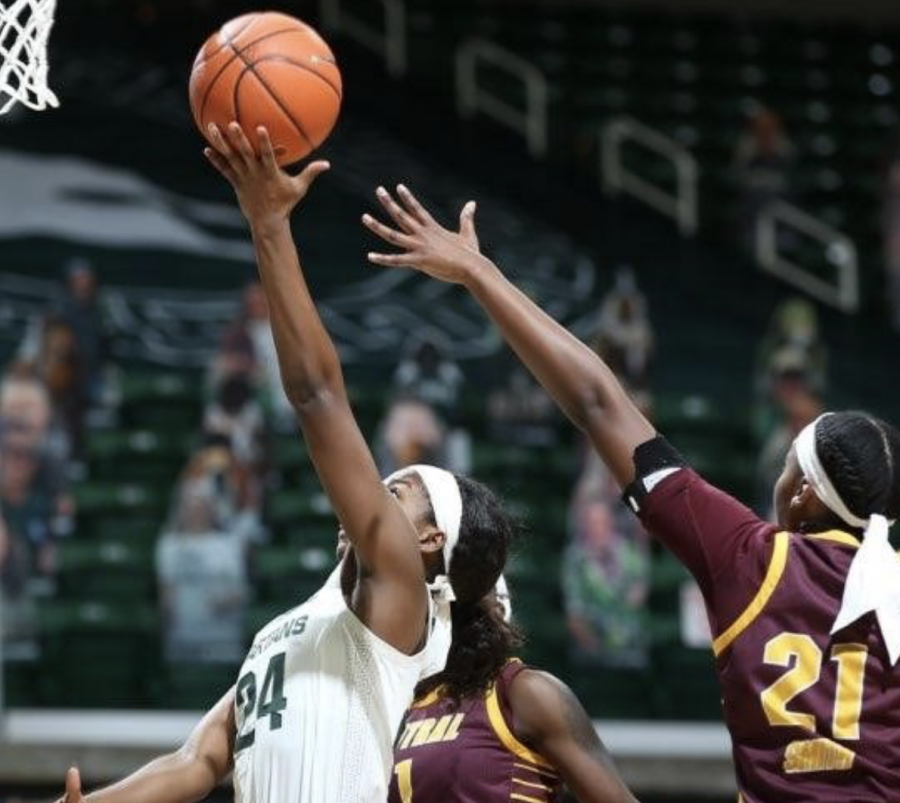 EAST LANSING — Attempting to play a full basketball season in the middle of a global pandemic has been difficult throughout the country, to say the least.. COVID-19’s effects on the Michigan State women’s basketball team have caused a schedule that is always changing. The latest of these changes will come on Thursday, as the Spartans take on No. 7 Maryland on the road. The game was originally scheduled for Feb. 10, but after the Spartans’ game against Michigan was postponed due to the Wolverines’ pause, MSU was able to move things around and schedule the game with the Terrapins.

MSU hosted Maryland on Jan. 7 in a thrilling game at the Breslin Center with the Terrapins leaving with the 93-87 win. Nia Clouden led the way for MSU with a career-high 32 points. Maryland led the game by as many as 15 in the early second half, but the Spartans roared back to pull within one basket in the final minute. The comeback fell just short, but the rematch looks to live up to the hype once again.

Maryland enters the game with its status cemented as one of the best teams in the Big Ten and the country, but it is coming off its first loss in Big Ten play this season with an 88-86 loss to No. 14 Ohio State on Monday. The loss snapped a 24-game Big Ten winning streak for the Terrapins.

MSU returned to action after its COVID-19 pause with a 94-62 victory of Wisconsin on Sunday. The Spartans were led by Alisia Smith with 19 points, but MSU was without starting wing Tory Ozment. Her status is very important to watch entering Thursday’s monumental matchup.