Spartans roll in 94-62 thrashing of Wisconsin 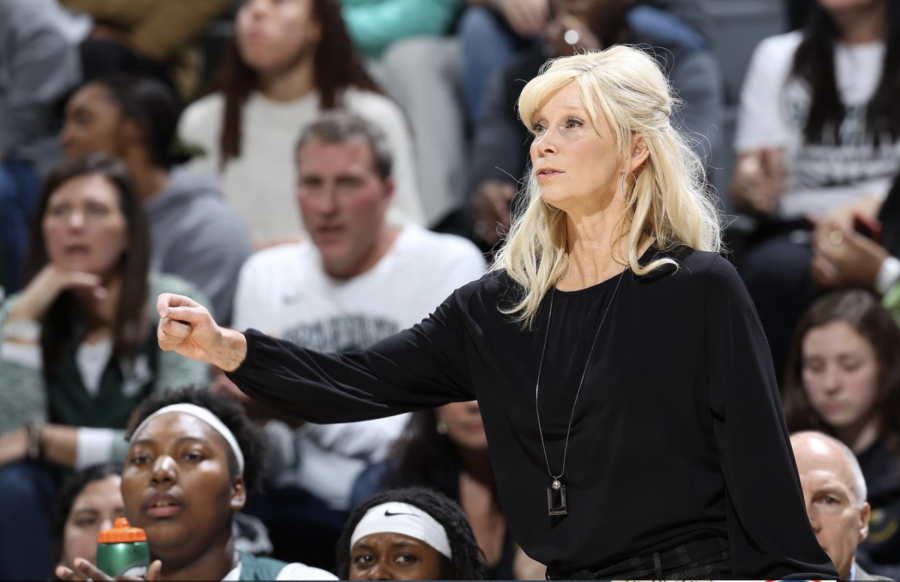 The Michigan State women’s basketball team improved to 4-2 in the Big Ten on Sunday in a 94-62 blowout win against Wisconsin. With the win, the Spartans are 9-2 on the season.  The Badgers, meanwhile, drop to 3-10 on the season and 0-10 in Big Ten play.

MSU entered the game following a two-game postponement, but the fast-paced Spartans didn’t seem to miss a beat in Madison. Despite a close contest throughout the first half, the team pulled away after holding just a five-point lead at halftime. The second half burst was attributed to efficient fast-break scoring, shooting, rebounding and defense.

The Spartans shot 51.5% from the floor overall and went 19-for-22 from the free-throw line.  They also outrebounded the Badgers 34-27.

Junior forward Alisia Smith and junior guard Janai Crooms joined the starting lineup on Sunday, with junior guard Tory Ozment ruled out of the game. Crooms capitalized on the opportunity right away as she scored the Spartans’ first points with a converted and-1. She finished the game with nine points, six rebounds and six assists.

Smith led the team in scoring with 19 points. She also grabbed five rebounds.

Wisconsin forward Imani Lewis led the Badgers in scoring with 17 points and 12 rebounds. Guard Sydney Hilliard chipped in with 15 points and five assists.

While the Badgers were able to stay within a single digit deficit through the first half, MSU protected the ball perfectly, committing zero turnovers going into the break.

In a play that seemingly ignited the Spartans’ momentum boost for the rest of the game, redshirt senior forward Mardrekia Cook drew a charge that could have been a potential converted and-1, had the call gone the other way. In such a case, the Badgers could have cut the deficit to a point.

The final quarter of the game began with a quick four points and a steal from the team’s only freshman, forward Kendall Bostic. She recorded nine points and six rebounds in the victory.

MSU made seven 3-pointers in its win, including three from sophomore guard Alyza Winston and one from junior guard Nia Clouden who scored 15 points for the Spartans.

Moira Joiner also had a solid game off the bench, as she scored 10 points, including two made 3-pointers.

The Spartans will look to continue to climb the Big Ten standings when they head to Assembly Hall to take on No. 16 Indiana on Sunday, Jan. 31. MSU was originally scheduled to play No. 11 Michigan on Jan. 26, but the Wolverines have postponed all sports for the next two weeks as the result of a rapid rise in COVID-19 cases within the athletic department.