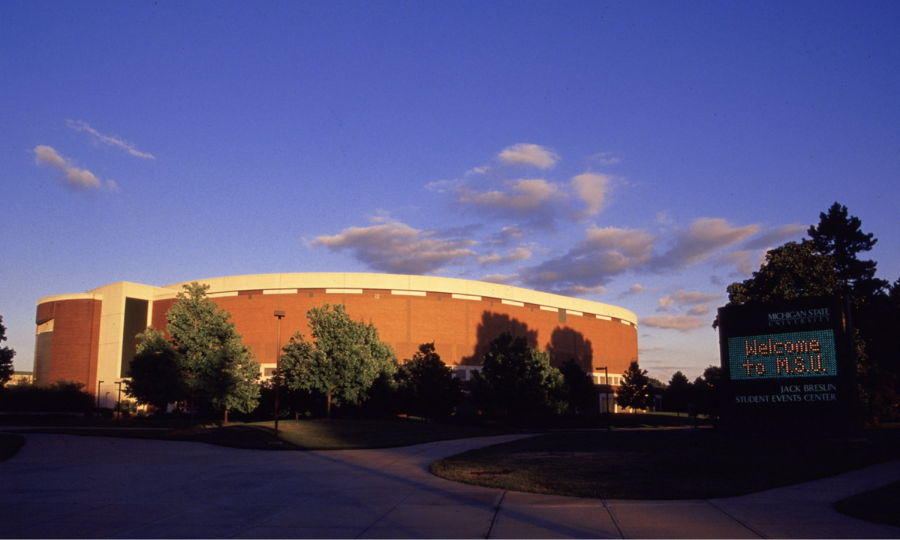 The Michigan State men’s and women’s basketball teams, as well as the volleyball team, will not be able to play their scheduled games against Michigan in the next two weeks as the Wolverines will enter a two-week, department-wide pause starting today due to COVID-19.

The Spartan volleyball team was scheduled to play Michigan in a two-game series from Jan. 28-29.

The pause follows the discovery of the B.1.1.7 strain of the virus, which is thought to be 50% more transmissible than the standard variant among the student-athletes.  As of right now, five new cases of the B.1.1.7 virus have been discovered in Washtenaw County.

MSU will take the floor against Wisconsin on Sunday afternoon for the first time in two weeks, but it is not scheduled to play its next game until Jan. 31 following the postponements.  The Spartans were forced to cancel their first scheduled meeting against the Wolverines on Jan. 18 due to COVID-19 issues.

The Spartan men’s basketball team also has not returned to the floor since the COVID-19 pause, but coach Tom Izzo said on ESPN’s College Gameday that he “thinks” the team will be playing on Thursday at Rutgers, but mentioned that in this climate, things are not guaranteed. Even if the Spartans can stay healthy over the next few weeks and get back to playing games on a regular basis, they will not be playing their rival on Feb. 6.

If the pause is extended, the MSU hockey team’s scheduled game against Michigan could be in jeopardy. The Spartans are currently slated to face off against the Wolverines on Feb. 9 in Ann Arbor.