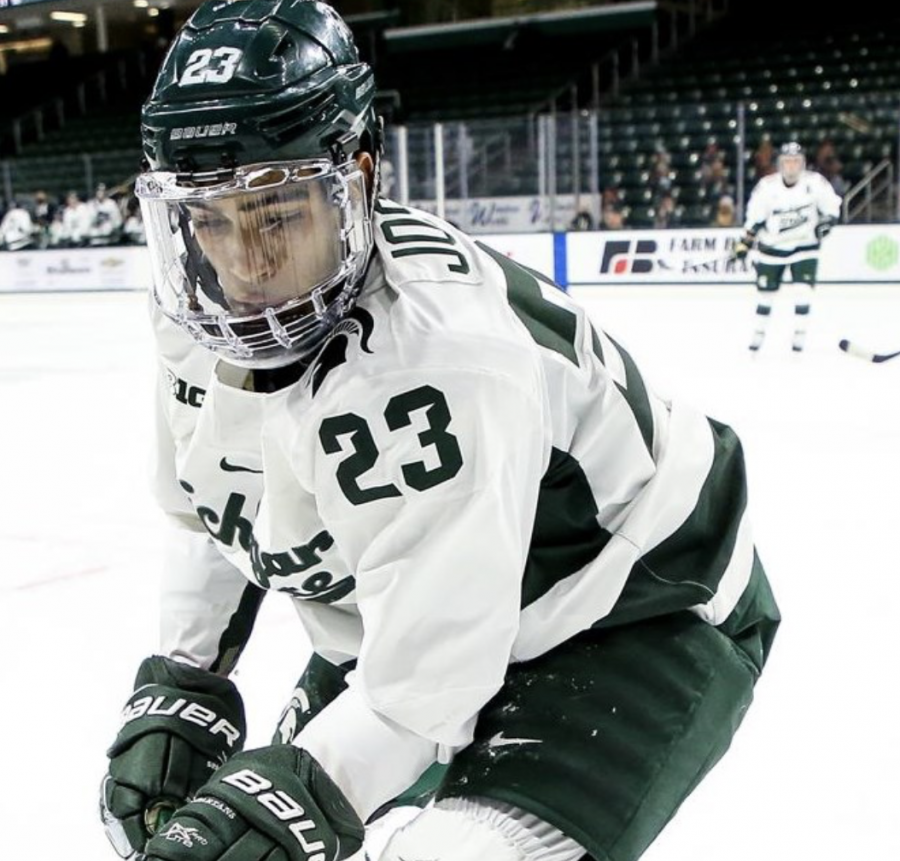 The first period included a couple of impressive saves from MSU goaltender Drew DeRidder. The Spartans were outshot 15-7 by the Buckeyes, yet the score was still even at 0-0. The Spartans had trouble getting the puck out of their zone as the Buckeyes ran an aggressive 1-2-2 forecheck. It was almost as if the two teams were feeling each other out, as two fighters would in the first round.

The second period was all Spartans through the first 10 minutes, with Jagger Joshua breaking the tie four minutes in. Joshua’s goal was assisted by Dennis Cesana and Chirstan Krygier. The 1-0 lead did not last for long, as Ohio State answered just seven minutes later as Travis Treloar evened it back up.

From there, the game was back-and-forth until an even penalty which was supposed to be two minutes of 4-on-4 hockey, however, that did not happen, as MSU took a “too many men” penalty just 40 seconds later. This gave Ohio State a 4-on-3 power play, which they did not capitalize on, as the second period ended 1-1.

The third period was all Buckeyes as they came out of the locker room scoring three unanswered goals in just two minutes, coming from Patrick Guzzo, Tate Singleton and C.J. Regula. Collin Peters netted another with five minutes to play to put one final nail in the coffin.

Ohio State outshot Michigan State 39-22, a crazy margin. While DeRidder came away with 34 saves, that was not enough. The Spartans’ troubled offense has caused them to lose too many games this season as they find themselves at the bottom of the Big Ten standings.

The Spartans will look to bounce back Saturday as they take on Ohio State for the fourth and final time at Munn Ice arena at 4 p.m.