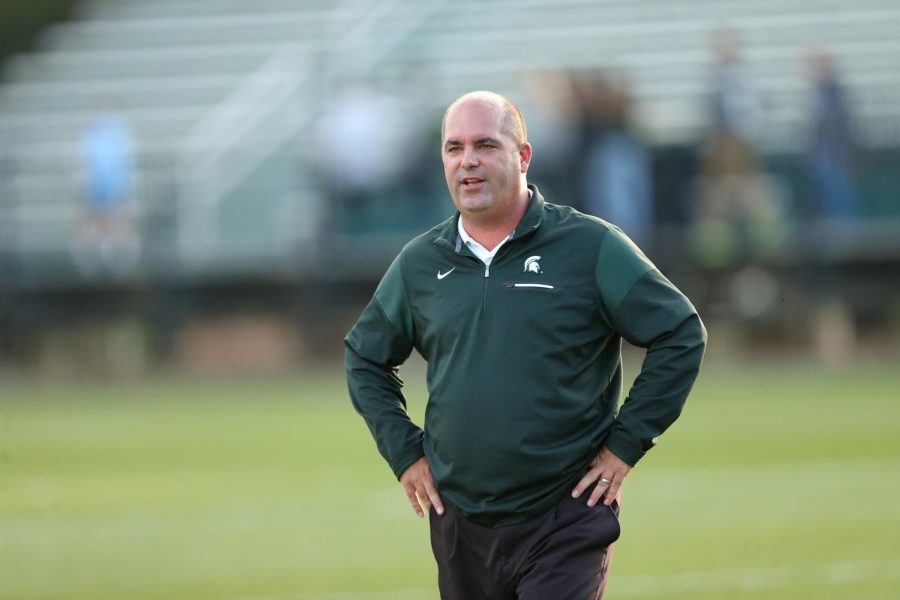 The name of the game for MSU head coach Damon Rensing is usually simple: get the new guys on campus, do your best to acclimate quickly and then start a run that you hope ends with a Big Ten championship.

“The fall is so frantic,” Rensing said. “You only get about two weeks of preseason, then you play and you kind of have to take everybody as is. There’s not a whole lot of development.”

But the last 10 months have been anything but usual. Instead of being filled with intense Big Ten matchups in late October and playoff games on fields filled with snow, the fall of 2020 was vacant of competition.

“We really got to work with some guys and work on some things as a group and develop leadership,” Rensing said. “In that aspect, it’s been a positive.”

The path for Rensing and his squad to get to where they are now has not been straight. It’s been full of uncertainty about the future. The Big Ten struggled to effectively plan for a football season and left all of us wondering how they envisioned the season going for smaller fall sports.  The NCAA announced late in the fall that men’s soccer could begin competition Feb. 3. From there, there was much silence around the Big Ten regarding a spring season… until Tuesday.

Then, multiple programs from around the conference announced their schedules almost simultaneously. The spring is set up in a format to most effectively cut down on the chances to contract COVID-19.

The conference is essentially split into three regional pods. Michigan State, Michigan and Ohio State in one; Maryland, Penn State and Rutgers in another; Wisconsin, Northwestern and Indiana in the other. The squads play the teams in their pods twice, once home and once away. The remaining six games against teams in other pods are played in three home and three away contests.

This means that MSU gets a crack at Michigan and Ohio State both at home and away. The Spartans’ “out of pod” matches feature difficult trips to Maryland, Indiana and Penn State as well as hosting duties against Rutgers, Northwestern and Wisconsin. Wins at Wisconsin and Rutgers comprised two of MSU’s three wins last season.

Home games do pose a dilemma. It is, after all, winter in Michigan. Rensing has ruled out the possibility of hosting games at DeMartin Stadium because it is a natural grass field.

“If you looked at these last few weeks, it’s been cold,” Rensing said. “If there was an outdoor turf [field] I think we could play outside.”

One of the venues Rensing said they are looking to play at is nearby Lansing Catholic High School, which hosted games in the most recent MHSAA Boys Soccer Playoffs.

“They have a nice outdoor turf [field], so we could play a lot of games there,” Rensing said.

Regardless of where they end up playing, the Spartans will be without star midfielder Giuseppe Barone. He was selected No. 63 overall by CF Montréal in the MLS SuperDraft. Barone only played a total of 45 minutes during the 2019 season due to injury, but was the Big Ten Midfielder of the Year in 2018. He was a very big part of MSU’s successful season that culminated in a College Cup run.

Stay up to date with everything Michigan State soccer in the run up to the season opener with Impact Sports (@WDBMSports on Twitter).

Ian Gilmour is a men’s soccer beat reporter for WDBM Sports. Follow him on Twitter at @IanGilmour04.