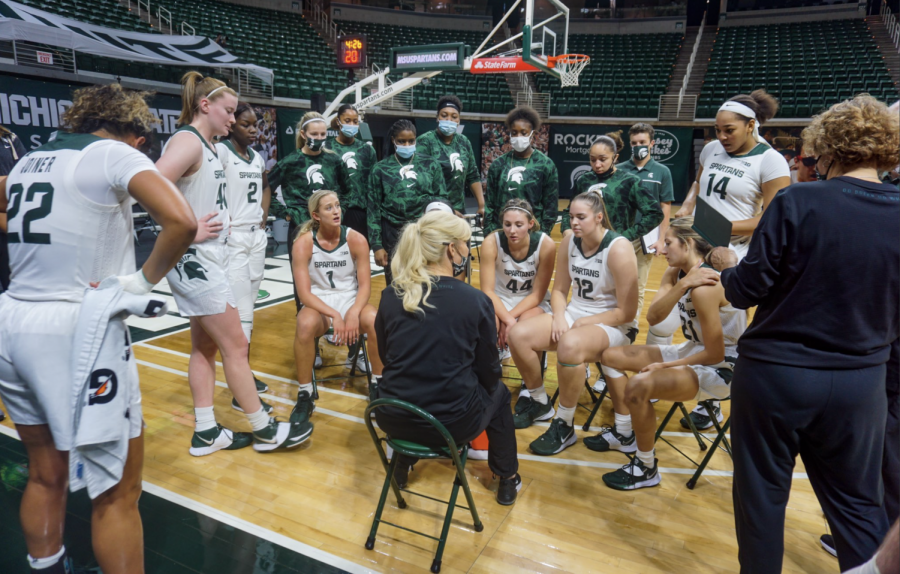 EAST LANSING— The Michigan State women’s basketball’s game against No. 16 Indiana that was scheduled for Thursday has been postponed. This is the third consecutive game that the Spartans will attempt to reschedule after COVID-19 related issues also forced the Spartans to postpone road games against Illinois and Michigan.

The men’s basketball team is also dealing with COVID-19 issues; the Spartans were forced to postpone Thursday’s game against No. 5 Iowa and Sunday’s home game against Indiana, as well as their upcoming scheduled matchup with Illinois on Saturday. Earlier in the week, coach Tom Izzo revealed that there have been several positive tests in the program, including scholarship players Mady Sissoko and Joshua Langford.

As such, the Spartans will remain at 8-2 (3-2) and await word regarding their next steps of action. Their next scheduled game is set to be played on Sunday on the road against Wisconsin. No decision has been announced regarding the status of that game.