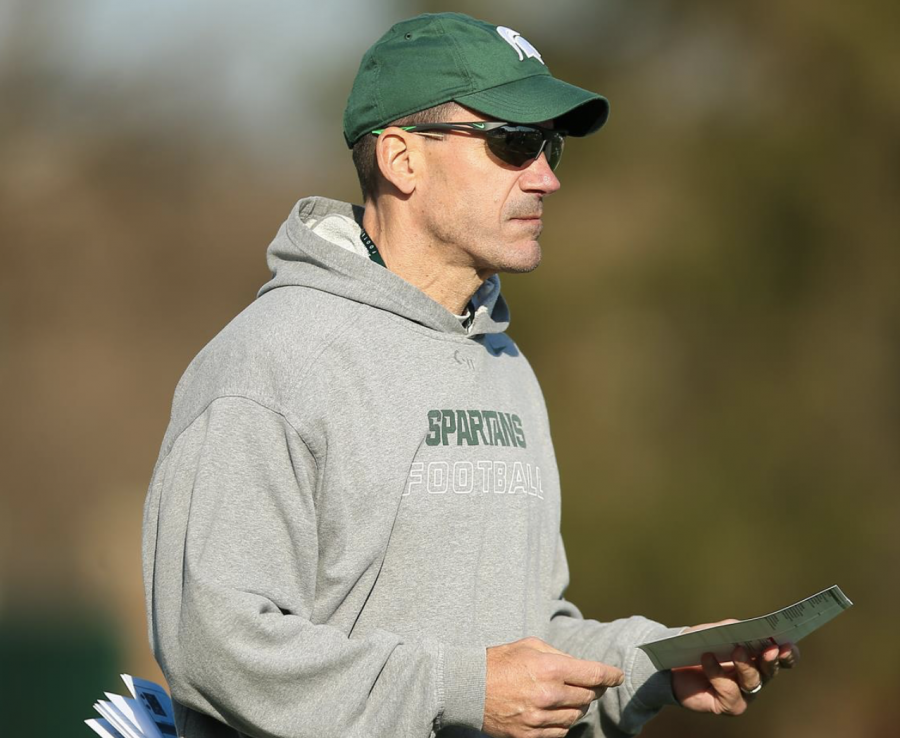 Warner, who left the Spartan football program after Mark Dantonio retired in February of 2020, was named the offensive coordinator of the UTEP Miners on Friday. Warner replaces former signal-caller Mike Canales, who was dismissed by head coach Dana Dimel at the conclusion of the 2020 football season.

When Dantonio was hired away from Cincinnati in 2007, Warner was immediately brought on as the quarterbacks coach. He served in this role from 2007-12 and subsequently served as the co-offensive coordinator alongside offensive line coach Jim Bollman from 2013-18. He also was the team’s running backs coach during that time. After a poor offensive showing in 2018, Warner was moved back to quarterbacks coach.

From 2007-12, Warner helped to develop future NFL quarterbacks Brian Hoyer, Kirk Cousins and Connor Cook. After being promoted, he also played an integral role in getting running back Jeremy Langford drafted.

Warner started his coaching career at Kent State as the quarterbacks coach from 1986-87. After holding the same position at Kansas from 1988-96 and Bucknell in 1997, he served as Wyoming’s passing-game coordinator in 1998. Warner then got his first offensive coordinator job; he served in this role from 1999-2000.

Warner also coached at Houston and Southern Miss before being hired by Dantonio. He will be tasked with trying to kickstart an offense that only averaged 23 points per game in 2020, which was the No. 103 overall mark in Division I. In 2019, the Miners had the 11th-worst offense in Division I from a points per game aspect. UTEP has not averaged over 25 points per game since 2016, and as a result, the Miners’ last winning season was in 2014 when they won seven games and lost in the New Mexico Bowl to Utah State.