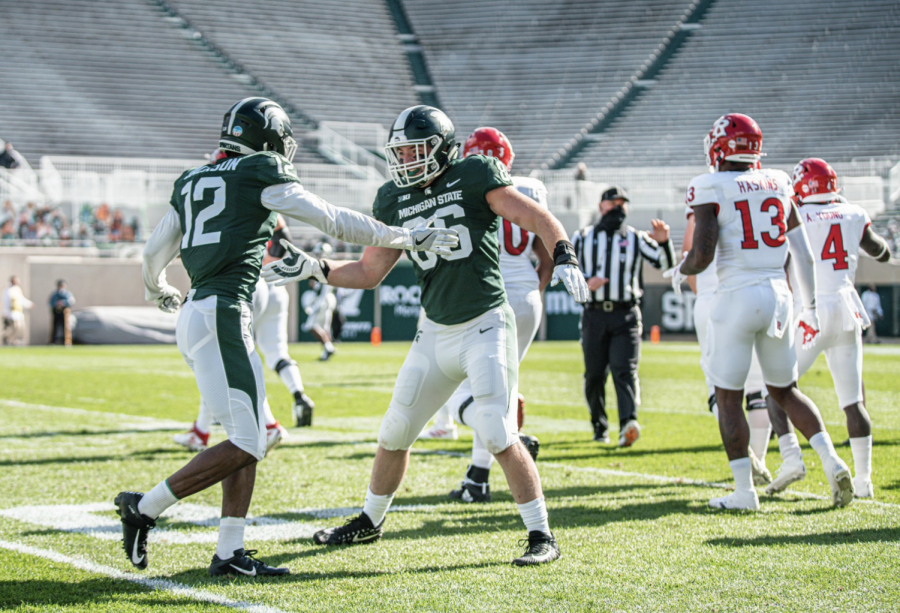 Jackson is the fourth former Spartan this week to announce his departure from the program, and the ninth to do so this offseason. Cornerback Davion Williams announced that he had transferred to Western Kentucky on Jan. 10, running back Anthony Williams Jr. transferred to Akron on Jan. 11 and fullback Max Rosenthal transferred to Illinois on Jan. 12.

Jackson, who started against Rutgers and No. 13 Michigan, compiled nine tackles and one pass deflection this season. He played sparsely last season and registered one tackle.

Jackson was a three-star recruit out of Marietta, Georgia in the class of 2018. He was rated by 247 Sports as the No. 56 overall player in Georgia and the No. 51 overall cornerback prospect in the nation. Jackson originally chose MSU over schools such as Michigan, NC State, Virginia Tech, Pittsburgh and Wake Forest.

The 6-foot-1,190-pound Jackson helped to provide some much-needed length when covering taller receivers for the Spartans. His departure opens the door for incoming recruit Charles Brantley to play on the outside. Like Jackson, Brantley is taller than Kalon Gervin and Angelo Grose, and he has enough speed and physicality to effectively cover the taller receivers in the Big Ten.

Since the end of the season, the Spartans have lost three starting corners, including Shakur Brown, who declared for the 2021 NFL Draft on Dec. 14. Looking ahead, Gervin, Grose and Brantley will be tasked with leading a rather inexperienced group of corners in 2021.