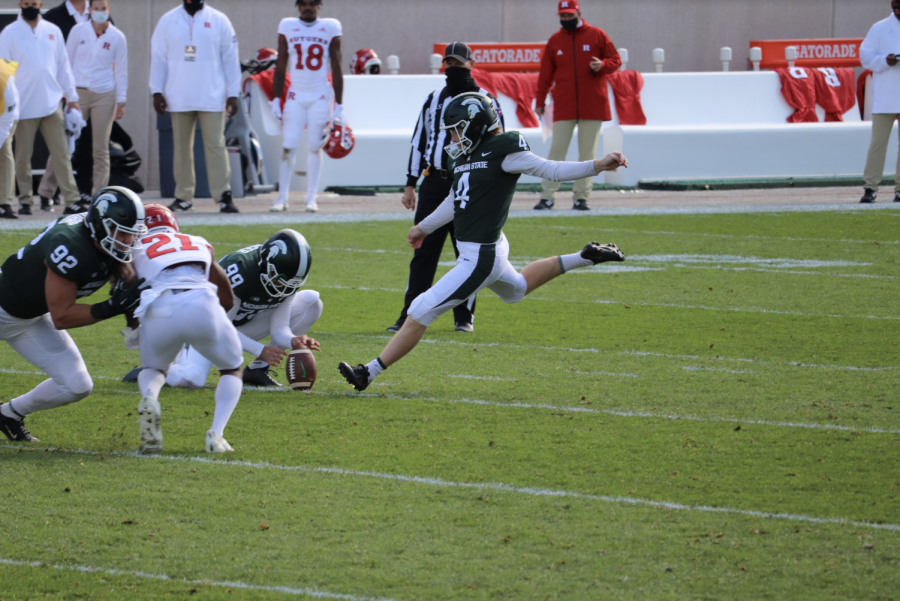 EAST LANSING— Michigan State redshirt senior kicker Matt Coghlin announced Friday that he will return for the 2021 football season. Coghlin, and all other student-athletes, have the opportunity to retain an extra year of eligibility, courtesy of the NCAA not counting the 2020-21 sports season towards the eligibility requirement in the wake of the COVID-19 pandemic.

Coghlin, a four-year letterman and starter, went 9-for-12 on field goal attempts this season and 13-for-13 on extra point attempts. He was instrumental in the Spartans’ 29-20 win over No. 8 Northwestern with three made field goals, including a 44-yarder with 10:11 left in the fourth quarter and a 48-yarder with 3:20 left in the game to give MSU the 23-20 lead.

In his career, Coghlin is 64-of-85 on field goal tries and a perfect 104-of-104 on extra point attempts. His best statistical season was his sophomore season, when he was 18-for-22 on field goal attempts, including 4-for-7 from beyond 40 yards.

Coghlin attended Archbishop Moeller High School (Cincinnati, Ohio) and was rated as the No.10 overall kicker in the 2016 recruiting class by 247 Sports. In addition to being rated as a three-star, he chose MSU over Illinois.

Coghlin is the third senior/redshirt senior to choose to return next season. Defensive ends Drew Beesley and Jacub Panasiuk have also decided to use their extra year of eligibility.