MSU falls out of AP Top 25 after losing at home to No. 9 Maryland and Nebraska 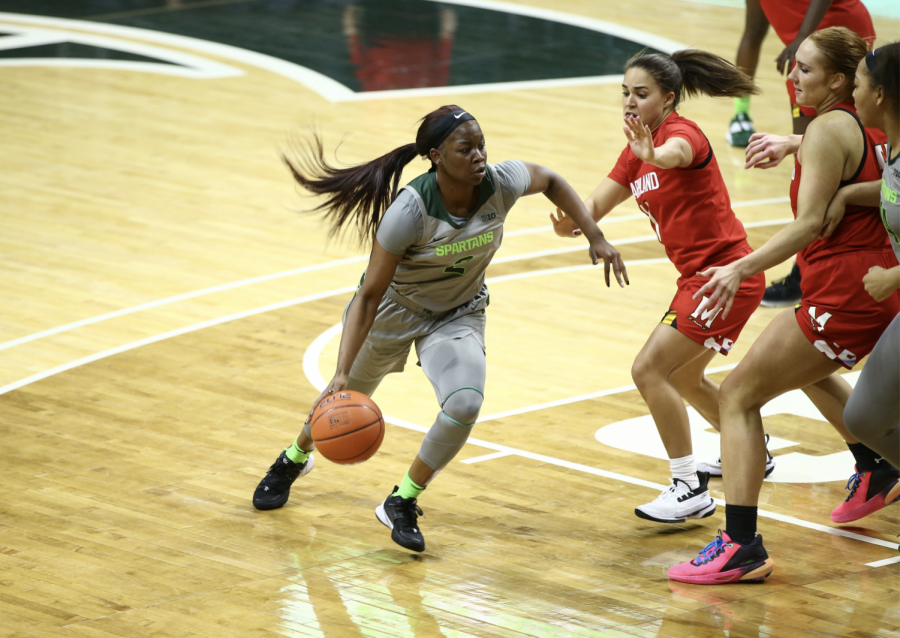 Mardrekia Cook drives along the elbow in the Spartans' narrow 93-87 loss to No. 12 Maryland/ Photo Credit: MSU Athletic Communications

EAST LANSING— After falling at home to No. 9 Maryland 93-87 on Thursday and then losing to Nebraska 68-64 on Sunday, the Michigan State Spartans are now unranked. Last week, MSU was ranked No. 23 in the AP Poll and had a record of 8-0. The Spartans still received 15 votes this week in the poll and will look to get back on track with their next matchup against Illinois.

The entire rankings can be found below:

The Spartans will go on the road to the State Farm Center on Thursday, as they take on Illinois at 7 p.m. Thursday’s road contest provides a key chance for MSU to snap their two-game skid, as Illinois is winless in Big Ten action and 2-6 overall.

In four of their conference losses, the Fighting Illini have lost by at least 20 points, including a 107-68 loss to Iowa. The Spartans defeated the Hawkeyes 86-82 on Dec. 12.