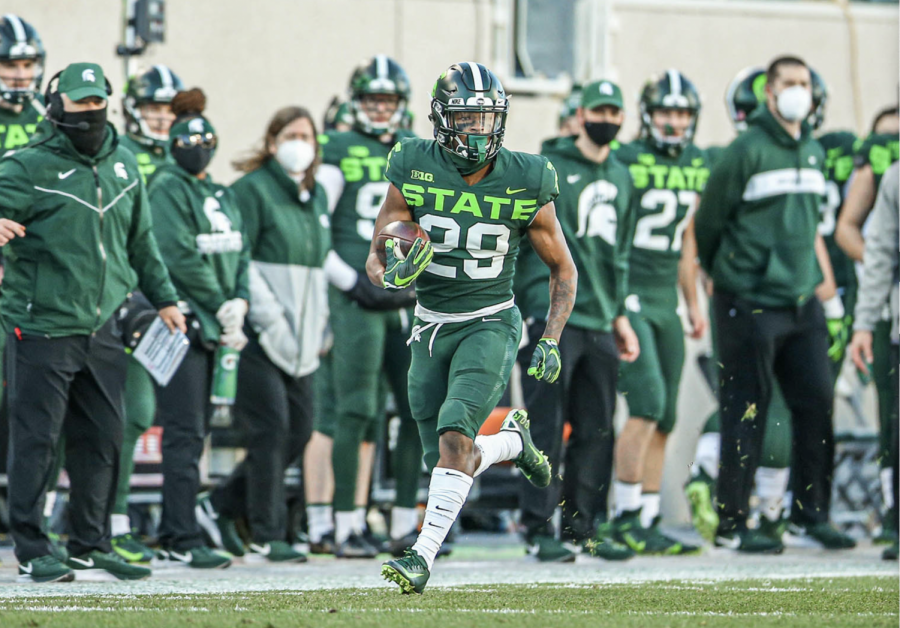 EAST LANSING—After being named to the All-Big Ten first team by the coaches on Dec. 16, Michigan State cornerback Shakur Brown received another honor for his exceptional performance this season.

Brown was named a Walter Camp second team All-American on Thursday. He is one of 51 players from 35 different schools to be named to the first or second team.

With the departure of cornerbacks Josiah Scott and Josh Butler, Brown cemented himself as a starter early on in the season and managed to record five interceptions, tied for the third-best mark in the country.

He was instrumental in the Spartans’ 29-20 win over No. 8 Northwestern, as he picked off Wildcats’ quarterback Peyton Ramsey twice, including a late fourth-quarter pick to give MSU excellent field position.

Brown declared for the NFL Draft on Dec. 14. Over his three seasons at MSU, he compiled seven interceptions, 54 tackles and two sacks in 26 career games.

The trio of Brown, Simmons and defensive tackle Naquan Jones will try to extend MSU’s draft streak to 81 years, the third-longest streak in the country. All three players project as depth pieces at the next level that could possibly contribute on special teams or the practice squad.

Cornerbacks Kalon Gervin and Angelo Grose will be tasked with leading a young secondary that has lost Brown to the draft, as well as potentially Chris Jackson and Davion Williams, who are both currently in the transfer portal.