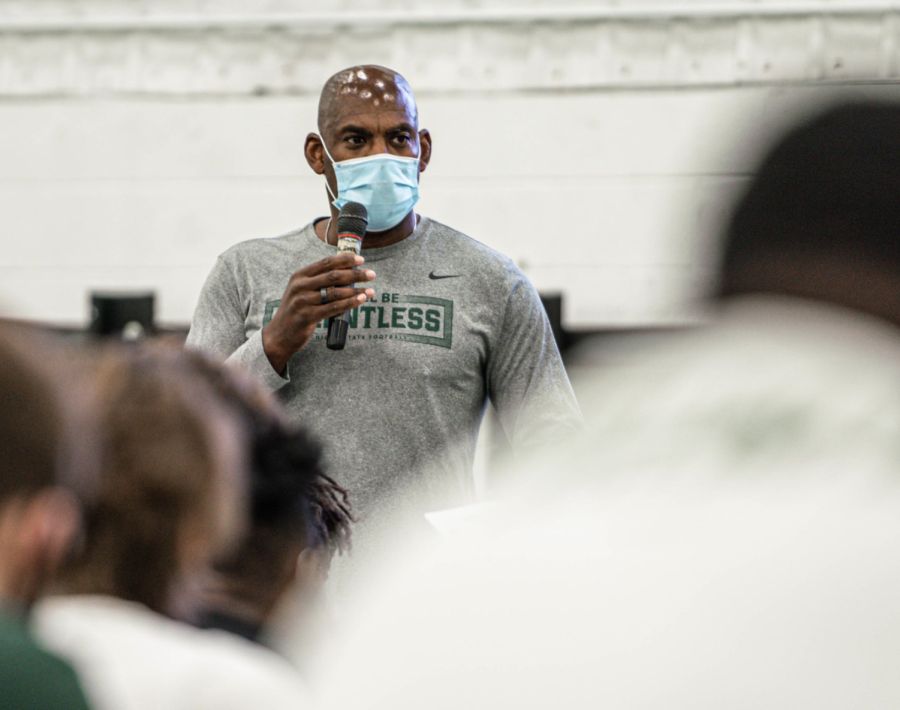 EAST LANSING— Michigan State coach Mel Tucker has added another running back via the transfer portal.

Kenneth Walker III from Wake Forest is the second running back to transfer to MSU; Harold Joiner transferred to MSU on Dec. 17.

Walker ran for 579 yards and 13 touchdowns for the Demon Deacons this season. He was also named to the Doak Walker Award watch list at the beginning of the season.

Walker also ran for 579 yards and four touchdowns last season for Wake Forest. He is originally from Arlington, Tennessee and was a three-star running back out of high school.

He was rated by 247Sports as the No. 57 player in Tennessee as well as the No. 143 overall running back prospect in the nation.

Walker will have two years of eligibility remaining and may be able to play next season, depending on if the NCAA Division I council decides to grant a one-time transfer exception. The measure is expected to pass, and it will be formally voted on sometime this month.

Walker, who is 5-foot-10 and 200 pounds, succeeds as a short-yardage running back and will add a much-needed power rushing element to a Spartan offense that ran for just two touchdowns the entire season. His 13 rushing touchdowns were tied for the 10th best mark in the country.

He is the fifth transfer that Tucker has gotten from the transfer portal; quarterback Anthony Russo, running back Harold Joiner, defensive end Drew Jordan and offensive tackle Jarrett Horst have also transferred to MSU over the past month.