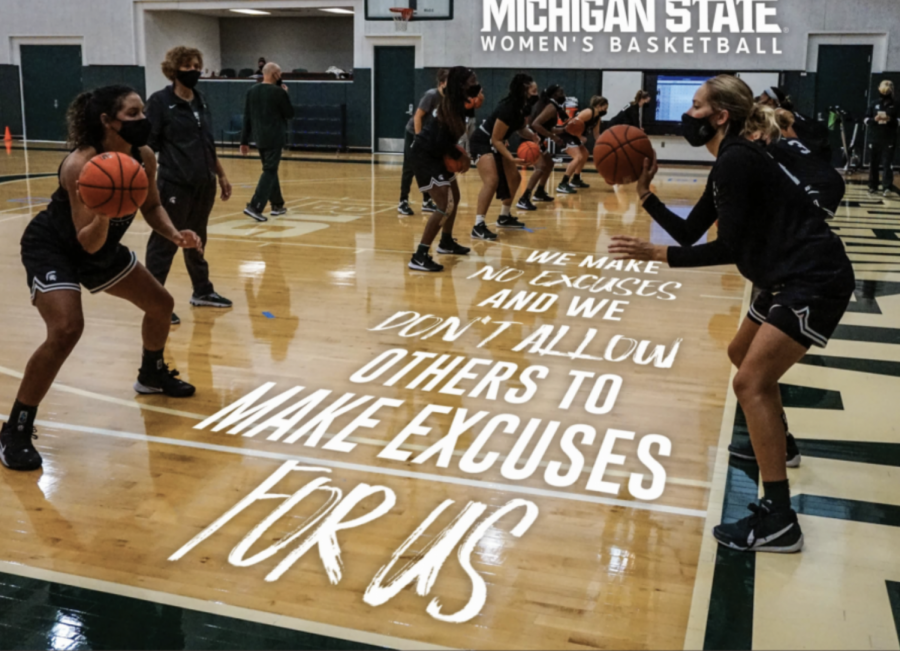 EAST LANSING— The Michigan State women’s basketball team remained at No. 25 in the latest AP poll rankings after knocking off Oakland 94-56 on Dec. 22.

MSU is one of six Big Ten teams that are currently ranked inside the Top-25.

The Spartans shot 65% from the floor against Oakland, including going 12-for-13 in the third quarter. Nia Clouden scored a team-high 15 points in the win over the Golden Grizzlies, and Julia Ayrault added 14 points as well as nine rebounds.

Janai Crooms had a solid game as well; she scored five points, dished out six assists and grabbed 10 rebounds.

Eleven different players scored for the Spartans against Oakland.

The Spartans last started with a 2-0 record in the Big Ten in 2013-14; that team ended up winning 23 games, including a share of the Big Ten regular-season title, as well as a game in the NCAA tournament.

MSU was scheduled to face off against Ohio State on Dec. 31, but a COVID-19 outbreak within the Buckeyes’ program caused the game to be postponed.

The Spartans will look to improve to 8-0 for the first time since the 2012-2013 season when they take on Purdue on Jan. 3 in West Lafayette, Indiana.

MSU will then host Maryland and Nebraska in East Lansing on Jan. 7 and Jan. 10.